WORLD A shelter to live

A shelter to live 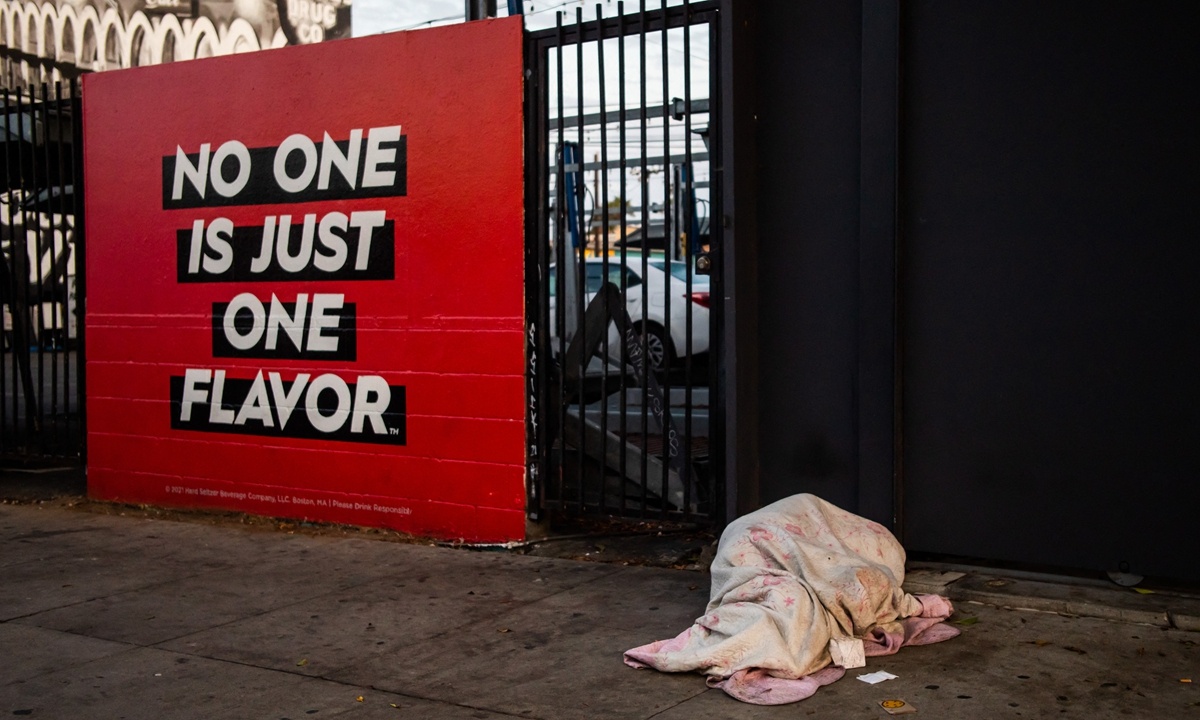 A homeless person sleeps on the sidewalk in Venice, California, the US on August 12. (Photo: AFP)

Dash left home when she was a teenager, after a rough patch with her parents when she came out as gay, eventually landing in the shelter system in Anchorage, Alaska.

The shelter was a safe and helpful space, she said, but it was also chaotic and difficult to study as a first-year college student - with three people to a room and constant coming and going, everyone kept their personal belongings in lockers.

So after a few months she applied to a program that felt tailored to her needs: Time-limited "transitional" housing where she would have her own living space, along with help preparing for a more permanent housing situation and a stable life.

"Having that quiet space and little desk in my room, I was really able to focus," Dash, who asked to use her first name to protect her identity, said in a phone interview.

"It was helpful to just think and reflect on life but still have the option to communicate with other young people and the staff."

Transitional housing programs are seen by backers as critical, filling a gap at a key point in the lives of the country's 4.2 million unaccompanied homeless youth.

But the US Department of Housing and Urban Development (HUD) began to deprioritize such programs in 2012, said Barbara Duffield, executive director of SchoolHouse Connection, which advocates for homeless young people.

The agency instead shifted focus to shorter- and longer-term housing, Duffield said, leaving out the many homeless youths who need more help than can be offered through emergency programs, but do not have the chronic problems that would require permanent housing.

"There's a slogan 'housing ends homelessness,' but it doesn't really, if young people don't have what they need to stay in housing and be economically independent," she said.

The pandemic has redoubled that need, Duffield said, pointing to a rise in young people being separated from their families due to lack of employment, evictions, and other economic factors.

A HUD spokesperson said transitional models that allow youths choice in their participation and resources for subsequent housing can be effective, but that those with significant requirements to entry are not - also pointing to the expense of such programs.

"For most young people, programs that provide housing assistance and supportive services, such as through rapid re-housing or permanent supportive housing, are most effective," they said in emailed comments.

Duffield and others are hopeful that they can turn federal policy on the issue under the new Biden administration, including through proposed legislation that would give local authorities greater flexibility in supporting homeless youths.

"The effects of homelessness on a child can last a lifetime," Democratic Senator Tammy Baldwin, a co-sponsor of the bill, the Homeless Children and Youth Act, told the Thomson Reuters Foundation in a statement.

"It is in all of our interests to ensure that vulnerable kids get a roof over their heads in a safe and stable environment. Common-sense reforms, like offering more transitional housing, will help do just that."

That position is backed by new data published in June that examined all young people who exited the US transitional housing programs run by Covenant House International in 15 cities over a year.

The findings were highly encouraging, said David B. Howard, who oversees research for the nonprofit: Nearly three-quarters moved into stable housing, and 69 percent were employed or in school.

Such findings suggest the approach can be an important "runway" to independence, he said.

"It's giving breathing room for that young person to know they're going to have the time to dig in and figure things out," he said.

That can be particularly important for those who have been in the traditional foster care system and who typically "age out" at 18, Howard noted.

In the Covenant House study, the average length of stay was about seven months, but Howard said the data suggests that even shorter stints can be significant.

"It's meant to be part of a transition, so let's use the time to really focus in on what the issues are that need to be addressed."

Covenant House has been able to maintain its transitional programs since the 2012 policy change with additional effort, Howard said.

Yet many homeless service organizations rely on HUD funding for some 60 percent of their budgets, according to the June report.

It quoted one Virginia provider as characterizing the change as "seismic," prompting a quick shift away from transitional programs, eliminating case managers and more.

The change made it "very challenging" to keep transitional programs alive, said Deborah Shore, founder and executive director of Sasha Bruce Youthwork, which runs six such programs in Washington.

The move has also hurt youth homeless services more broadly, said Shore, who has worked in the field for 45 years: "Youth programs, which were having trouble competing anyway with the adult system, have had a much harder time competing for any funds."

She said the Covenant House findings comport with their own internal assessments.

"If you stay in homelessness for long ... you transition into a long-term way of life. We're doing everything we can to avoid that," Shore said.

Today in Anchorage, Dash is doing the same: Five years on, she is back at Covenant House, now working with teens seeking safety and stability.

Her time in the transitional program was key in helping her learn how to be on her own, she said.