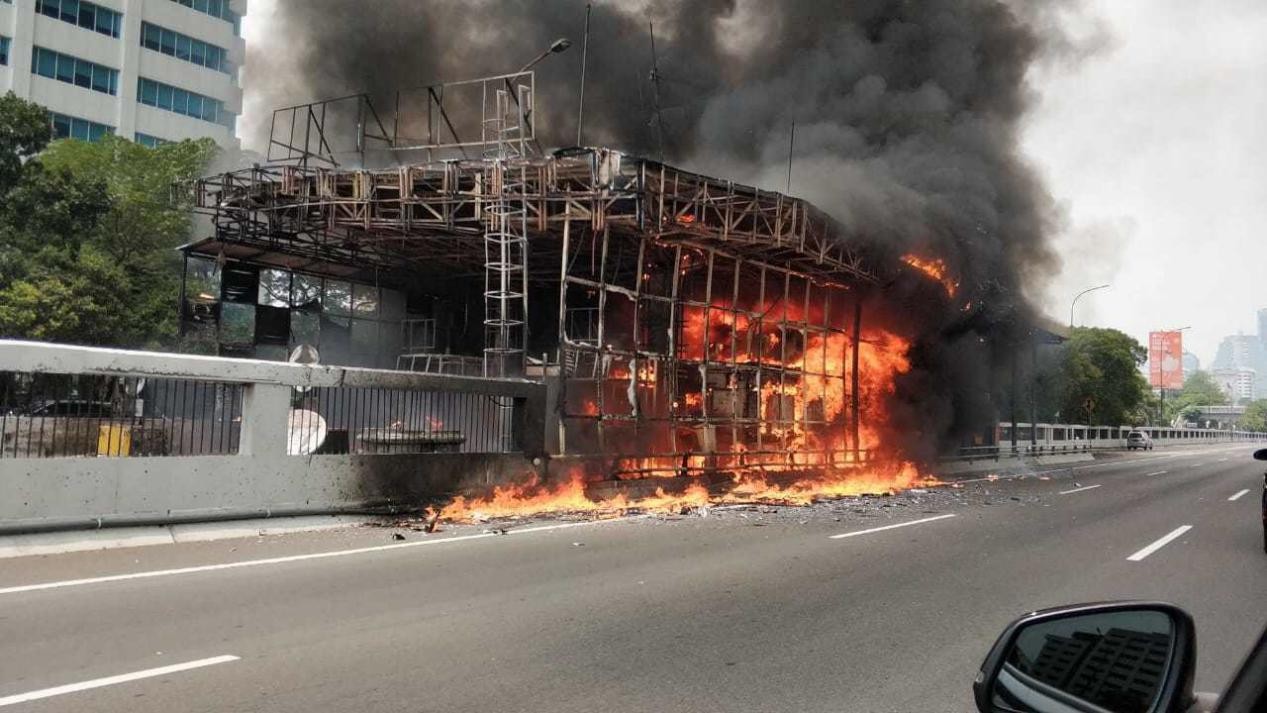 Pejompongan is located on the way to the city from the airport in Jakarta, in front of the MPR/DPR Building, which is the seat of government for the Indonesian legislature. The fire broke out at 11:25 am, and 12 firefighting units participated in the rescue. In less than half an hour, the fire was extinguished, but it caused a serious traffic jam. Fortunately, the fire did not cause casualties.

According to firefighter Sudin, the fire may have been caused by a short circuit in the air conditioner. The TMC of the Jakarta Metro Police has submitted the fire incident report to the Fire and Rescue Service officers. TMC Metro Jaya call center officer Satrio said that the fire caused a traffic jam at the toll road and public roads nearest to the toll road exit.

The INRIX Global Traffic Scorecard claims to be the largest study of its kind and its data shows Jakarta spend an average of 63 hours sitting in traffic per year (up from 55 last year).