WORLD A tough day for Biden, as 13 US troops killed in a bloody attack near Kabul airport

A tough day for Biden, as 13 US troops killed in a bloody attack near Kabul airport

Washington (People's Daily) - US President Joe Biden, anxiously seeking to complete the US evacuation from Afghanistan, pledged to strike back after two bloody blasts on Thursday near Kabul airport killed at least 73 people including 13 US soldiers, and wounded more than 155. 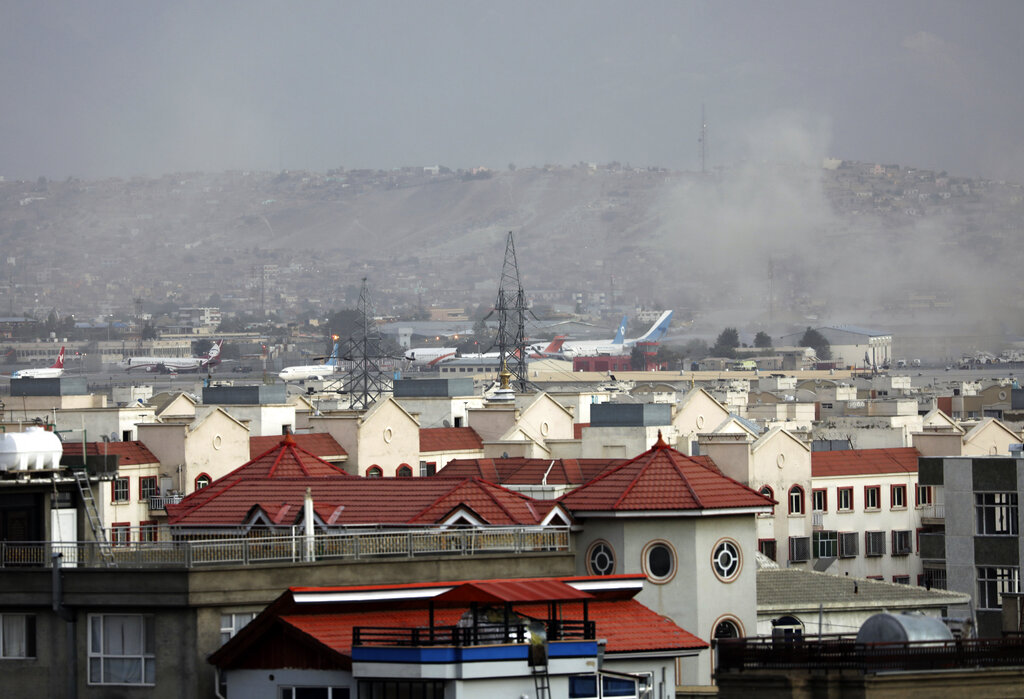 Smoke rises from a deadly explosion outside the airport in Kabul, Afghanistan, Thursday, Aug. 26, 2021. Two suicide bombers and gunmen have targeted crowds massing near the Kabul airport, in the waning days of a massive airlift that has drawn thousands of people seeking to flee the Taliban takeover of Afghanistan. (Photo: AP)

ISIS-K, the Afghan affiliate of the Islamic State, claimed responsibility for the attacks earlier in the day.

According to Bill Urban, a spokesperson for US Central Command, a total of 13 US service members were killed Thursday and the total number of injured troops is now 18.

This is believed to be the most US troops killed in Afghanistan in a single incident since 30 personnel died when a helicopter was shot down in August 2011.

Meanwhile, Afghan officials said at least 60 Afghans were killed and more than 155 wounded.

Biden denounced the terrorist attack and said that the evacuation of US citizens and allies from Afghanistan will continue. He pledged to hunt down those responsible for the attacks.

“To those who carried out this attack, as well as anyone who wishes America harm, know this: We will not forgive,” Biden said. “We will not forget. We will hunt you down and make you pay.”

Biden said he had asked his commanders to find ways to target ISIS-K. “We will respond with force of precision at our time, place, we choose in a moment of our choosing,” he said.

The night before the attack, a senior US official warned of a “specific” and “credible” threat at the airport by ISIS-K, and Western governments began urging people to leave the area.

Even with such a specific warning, military officials said, it would be very difficult to pick out a suicide bomber with a concealed explosive vest in the huge throng of people at the airport.

Despite the attack, the withdrawal will continue, Biden said. "We will not be deterred by terrorists. We will not let them stop our mission," he said. Biden said he told the military that if the remaining effort to remove Americans and Afghans from the country requires additional US forces, he will grant it. He said will stick to August 31 Afghanistan withdrawal deadline. General Kenneth McKenzie estimates about 1,000 Americans still remain in Afghanistan. About 5,200 US troops are still active in Kabul.

According to Reuters, the US deaths were the first in action in Afghanistan in 18 months, a fact likely to be cited by critics who accuse Biden of recklessly abandoning a stable and hard-won status quo by ordering an abrupt pullout.

It’s a big challenge for Biden administration. Biden admitted that it is a “tough day.” Biden ordered on Thursday the flag of US to be flown at half-staff at the White House until Monday. 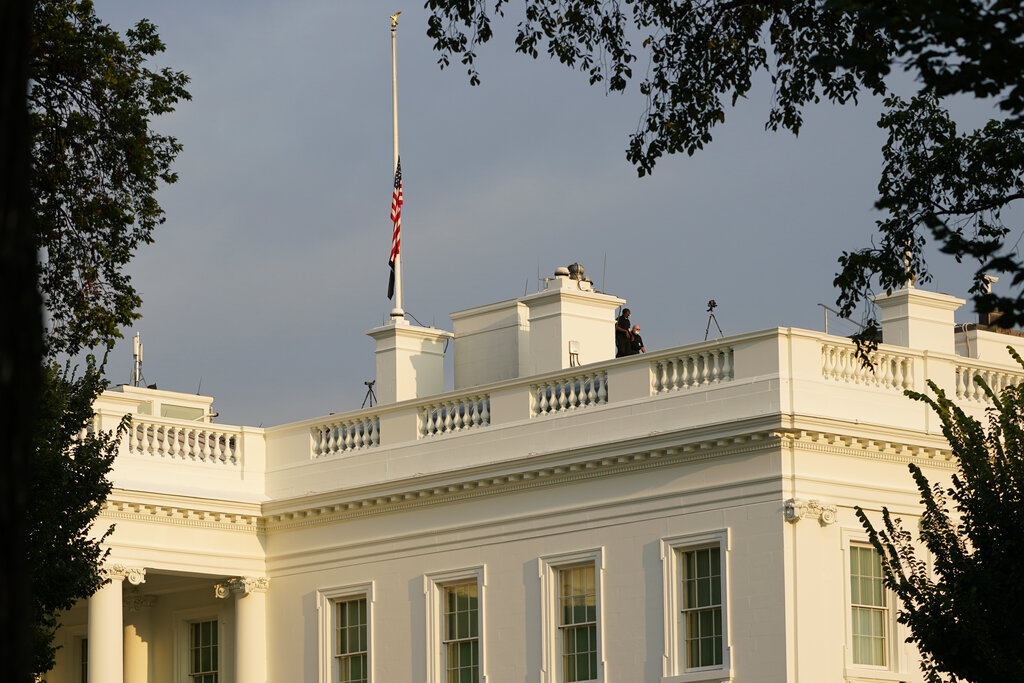 Workers walk on the roof of the White House in Washington, Thursday, Aug. 26, 2021, after lowering the flag for the U.S. service members and other victims killed in the terrorist attack in Kabul, Afghanistan. (Photo: AP)

The Wall Street Journal described this attack as the “Kabul Airport Massacre.” The Journal commented that Biden expressed his empathy and sense of loss, but he can’t duck responsibility for the failure to provide enough troops to execute a safe evacuation. The obligation of a president is to provide adequate force to execute a mission and protect the troops carrying it out. Even after the collapse of the Afghan military, Biden could have introduced enough force to retake the large Bagram air base. He could have provided more force protection for the airport and an evacuation that wasn’t rushed to meet the Taliban’s timetable.

Analysts believe that the more time the evacuation takes, the greater the risk. “We thought this would happen sooner or later,” said General McKenzie. He said the US had no choice other than to interact with Afghans moving through the airport gate to be evacuated, and one of them was probably the suicide bomber, who made it past whatever screening the Taliban did earlier.