A year in, Uber CEO works to rebuild company's reputation

Ever since he stepped into his role as CEO a year ago, Dara Khosrowshahi has had to deal with wave after wave of major scandals and bad press, much of which he inherited from his predecessor, Travis Kalanick. 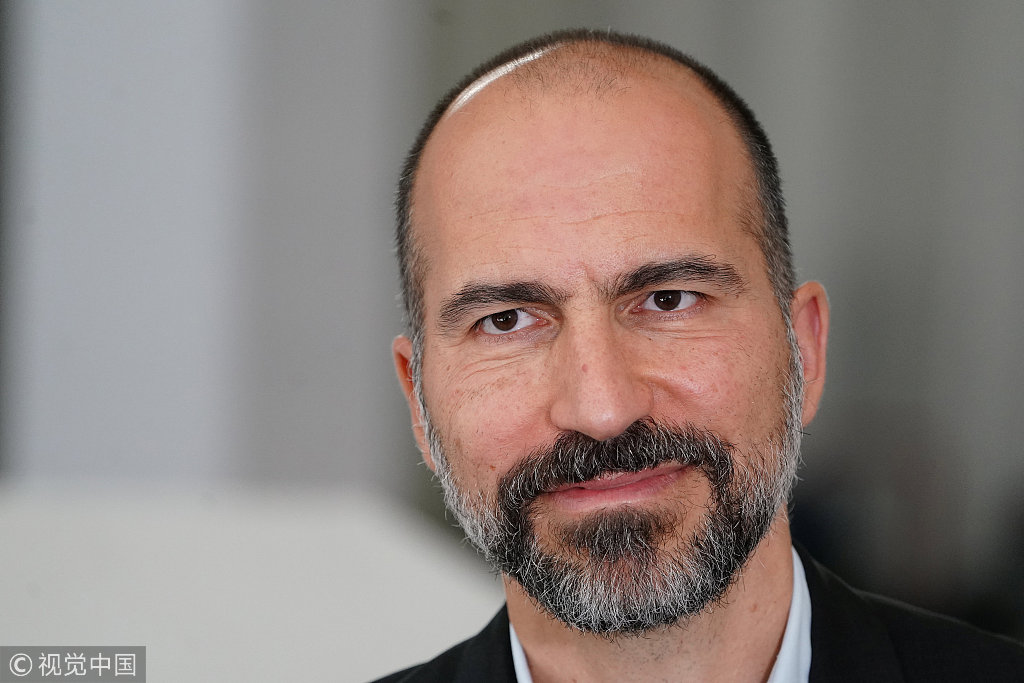 About two weeks after Khosrowshahi started his job, London's transport regulator decided to revoke Uber's license to operate, jeopardizing the regional business with 3.5 million passengers. A court eventually gave Uber a license, although much shorter than normal.

Later that year Uber was forced to come clean about covering up a major computer attack that stole personal information about more than 57 million customers and drivers. In February, Uber agreed to pay $245 million to Google's self-driving car spinoff to end a legal brawl that aired out allegations that Uber stole technology.

Perhaps the biggest problem came in March when an Uber self-driving test vehicle ran down and killed a pedestrian in the Phoenix suburb of Tempe, Arizona. Later it was disclosed that the human backup driver in the Uber SUV was streaming the television show "The Voice" on her phone and looking downward just before the crash.

Under Khosrowshahi, Uber has been trying to shore up its reputation. It has made safety a top priority and on Wednesday, it revealed a suite of safety features for both drivers and passengers. Uber is also teaming up with Toyota to build self-driving cars for its ride-hailing service and will receive a $500 million investment from the Japanese automaker.

Khosrowshahi sat down with The Associated Press to talk about his first year as CEO and how he plans to steer the company. Answers have been edited for space and clarity.

Q: Aside from improving safety features, where do you see the company headed?

A: Uber was a ride-hailing service, but really we want to think about Uber as a broad transportation platform which includes ride-hailing, Uber Eats, e-bikes, scooters — and eventually we're going to integrate with mass transit. So if you work in a city and if you want to get from point A to point B, we want you to think about Uber. We ultimately want to be your one-stop shop for transportation.

Q: You've at Uber a year, and from the moment you walked through the door there have been problems. When do you feel like you've reached the point where you've stopped repairing the damage of your predecessor and are really making your mark on the company?

A: My predecessor made mistakes. I'm going to make mistakes as well. The fact is that I've inherited an incredible company with incredible talent. My predecessor and his team built a company that's a verb. So no one's perfect and there's a lot that we've undertaken to fix. We have rebuilt the culture of the company, we have reprioritized safety as a number one priority for the company...I can tell you that a year in, I'm thrilled to be here and I've got a ton of work to do.

Q: What's the timeline for taking the company public, and do you think you can do it without being profitable?

A: We're looking at the second half of next year toward the end of the year. There are very few companies of our size that have the kind of growth rate or exciting new businesses like Uber Eats within the portfolio, and we're showing progress toward profitability. We have to show a path to profitability.

Q: What about the driverless car program? Is Toyota going to run it, and what are the plans for Toyota's $500 million investment?

A: We have an incredibly talented in-house team of engineers who are building hardware, software and operations to make self-driving cars a reality in a safe manner. An advantage we have now is we're building self-driving technology while we have a live network in place, and ultimately we think there's going to be a hybrid of self-driving technology and human-driven technology. We wanted to bring Toyota in as a valuable partner. Toyota is bringing in special cars that are going to be electric and that are built for ride sharing in urban destinations. Their expertise in self-driving and car manufacturing and our expertise with advanced technologies and our network will be an unbeatable combination.

Q: Do you think that Toyota will help in terms of rebuilding the trust in Uber's self-driving program after what happened in Phoenix?

A: I think Toyota's investment in us and their partnership with us speaks volumes about our efforts and their efforts. We have a lot to learn from Toyota in terms of manufacturing, technology, brand and safety. We're here to learn, and the partnership is off to a great start.