WORLD Abbas reaffirms rejection of US peace plan for Mideast

Abbas reaffirms rejection of US peace plan for Mideast 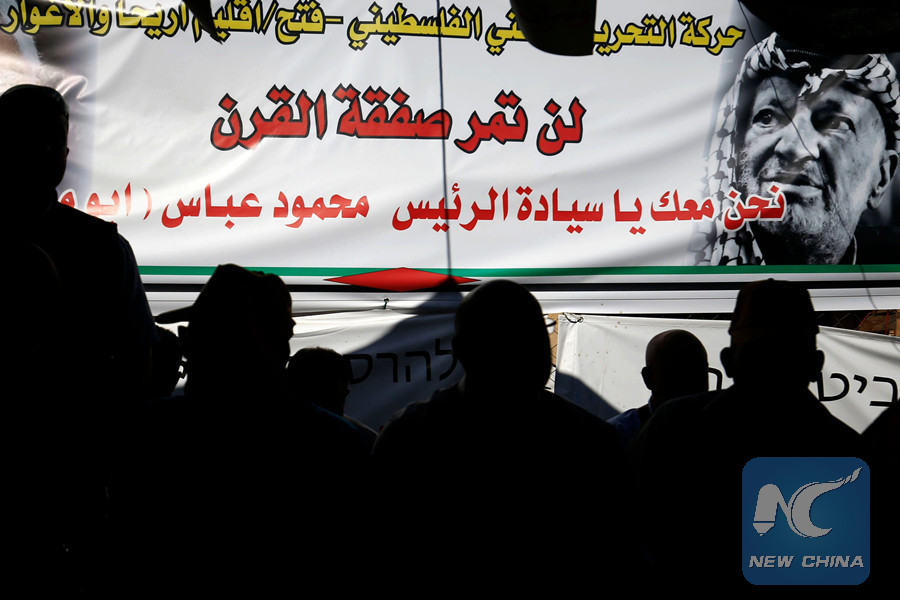 Palestinians sit next to a banner reading "The 'Deal of the Century' will not go through, we are with you President Mahmud Abbas" as they demonstrate in support of Bedouin inhabitants near their village of Khan al-Ahmar, in the occupied West Bank, on July 18, 2018. (AFP: Photo)

Palestinian President Mahmoud Abbas reaffirmed on Wednesday that the Palestinians reject the new peace plan proposed by the United States, known as "Deal of the Century."

Abbas made the remarks at the opening session of the Palestinian Central Council held in Ramallah.

"We tell those who claim that we accepted the Deal of the Century that we were the first who rejected and fought it," Abbas said, adding that the Palestinians will fight the deal until it is "toppled."

He also called the new Israeli Nation State law "fascist," saying the Palestinians will continue the struggle against all decisions of the occupier.

Meanwhile, Abbas blamed the Islamic Hamas movement, which has been ruling the Gaza Strip since 2007, for blocking the efforts of ending the internal Palestinian division and reaching full reconciliation.

The Palestinian leadership "will never accept the existence of armed militias in the Gaza Strip" as "we want one authority, one law and one legal gun," the Palestinian president vowed.