WORLD Abe agrees with Trump that DPRK must denuclearize

Abe agrees with Trump that DPRK must denuclearize 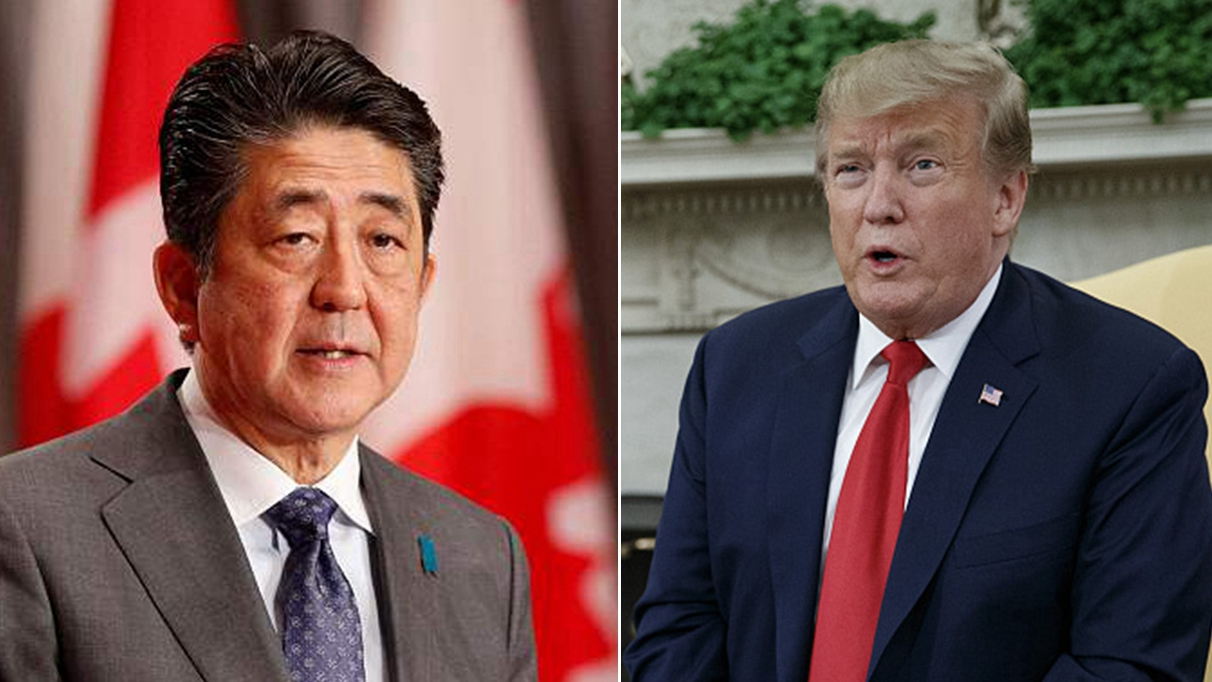 Japan's Prime Minister Shinzo Abe said on Monday that he and the US President Donald Trump agreed completely on the need for the Democratic People's Republic of Korea (DPRK) to promptly denuclearize.

"Regarding our response to the DPRK going forward, I completely agreed with President Trump in all respects," Abe told reporters after a phone call with the US leader. "Going forward, the United States and Japan will respond together, completely agreeing with a singular understanding on responding together."

The phone talks happened at the request of Abe, regarding the DPRK's firing of unidentified short-range projectiles off its eastern coast Saturday morning.

They are believed to have shared information gathered since the incident on Saturday, according to Japanese officials.

Several projectiles were launched Saturday towards the northeast from DPRK's eastern coast city of Wonsan for 21 minutes, South Korea's Joint Chiefs of Staff (JCS) said. The projectiles traveled some 70 to 200 km into the eastern waters.

Trump expressed optimism that he can make a deal with Kim Jong Un on Saturday, saying in a tweet that he is "with Kim" and believed the DPRK leader will do nothing to interfere with or end "the great economic potential" of his country.

Abe said on Friday he is ready to meet Kim without conditions to end long-running mistrust between their countries, days after he met with Trump in Washington.