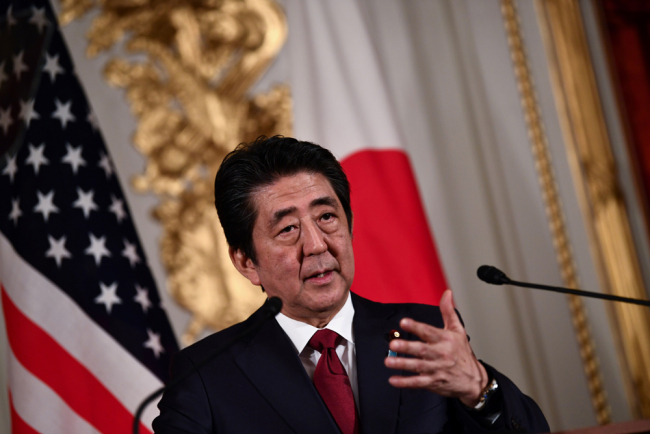 Japan's Prime Minister Shinzo Abe speaks during a joint press conference with US President Donald Trump (not pictured) at Akasaka Palace in Tokyo on May 27, 2019. (Photo: AFP)

Japanese Prime Minister Shinzo Abe became the third longest-serving leader on Thursday, with his time as premier equaling that of Hirobumi Ito, who became Japan's first prime minister in 1885.

Abe, including his first stint in office for a year from September, 2006, has been at the helm for a total of 2,720 days.

He will become Japan's second longest-serving Japanese leader in August and its longest in November.

"I will fulfill my responsibility by moving forward every policy that I promised the Japanese people I would carry out," Abe told a press briefing on the occasion.