Abe holds phone talks with Trump ahead of Iran visit 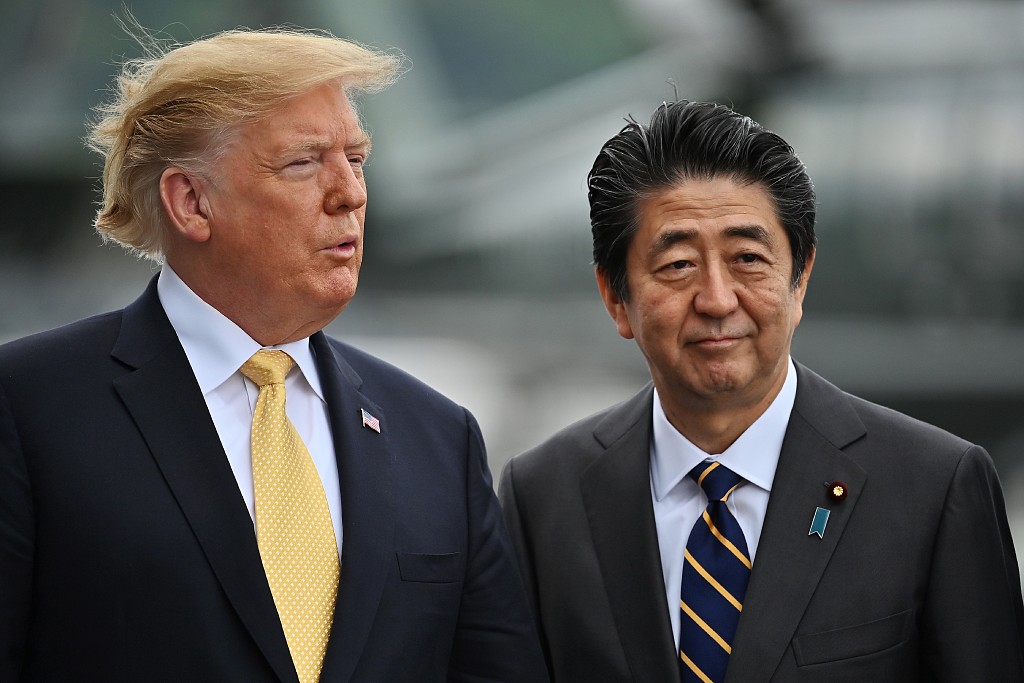 According to Japan's top government spokesperson Chief Cabinet Secretary Yoshihide Suga, the two leaders discussed a number of issues, including the situation regarding Iran.

Abe will make a two-day visit to Iran from Wednesday, amid rising tensions in the Gulf between the United States and Iran over an international nuclear agreement, the government previously announced on June 6.

At a meeting of members of a lower house steering committee, it was provisionally decided that amid tensions in the region, Abe would visit Iran with the prime minister believing he could help deescalate the situation as Japan has friendly ties with both Washington and Tehran.

Abe, during Tuesday's talks, is believed to have discussed with Trump his plans to meet with Iran's Supreme Leader Ayatollah Ali Khamenei and President Hassan Rouhani and his intentions to try and urge Iran to stick to an international nuclear accord inked in 2015 between Iran and six other countries.

Trump, however, has since pulled the US out of the international nuclear deal and restored sanctions against Tehran that were scraped under the 2015 deal.

Suga underscored the fact Tuesday, however, that this year marks the 90th anniversary of the establishment of diplomatic ties between Japan and Iran.

He also mentioned during a press briefing on the matter that the last Japanese prime minister to visit Iran was Takeo Fukuda in 1978.

Japan's top government spokesperson also said that in light of the escalating tensions in the region, Japan will seek to use the summit-level talks to try and urge Iran to exercise restraint and engage in dialogue.

During the 20-minute phone call Tuesday, the two leaders are also believed to have confirmed their cooperation for the success of the upcoming Group of 20 summit to be held in Osaka, Japan, later this month.

Abe garnered the support of Trump to try and help mediate the situation with Iran while the US leader was here for a state visit recently.

Last month, Japan formally expressed its concern over the mounting tensions in the Gulf in talks in Tokyo held between Abe and Iranian Foreign Minister Mohammad Javad Zarif.

Abe, at the time, said the issue was becoming increasingly more tense, but maintained that Japan wanted to continue to develop amicable ties with Iran.