Japanese Prime Minister Shinzo Abe said on Tuesday that he will reshuffle his cabinet and executives in his ruling Liberal Democratic Party on Sept. 11, in which a major revamp is expected and few current cabinet members would retain their portfolios.

The date of the reshuffle was originally expected for Sept. 10, but Abe apparently took into account his busy diplomatic schedule when deciding on the date. Later this week, he will travel to Russia for an economic forum and summit with Russian President Vladimir Putin.

Abe announced his decision at a meeting of LDP executives, according to a participant. On Monday's liaison meeting of the government and the ruling coalition parties, Abe said he would build a team that can "both ensure political stability and take on new challenges." 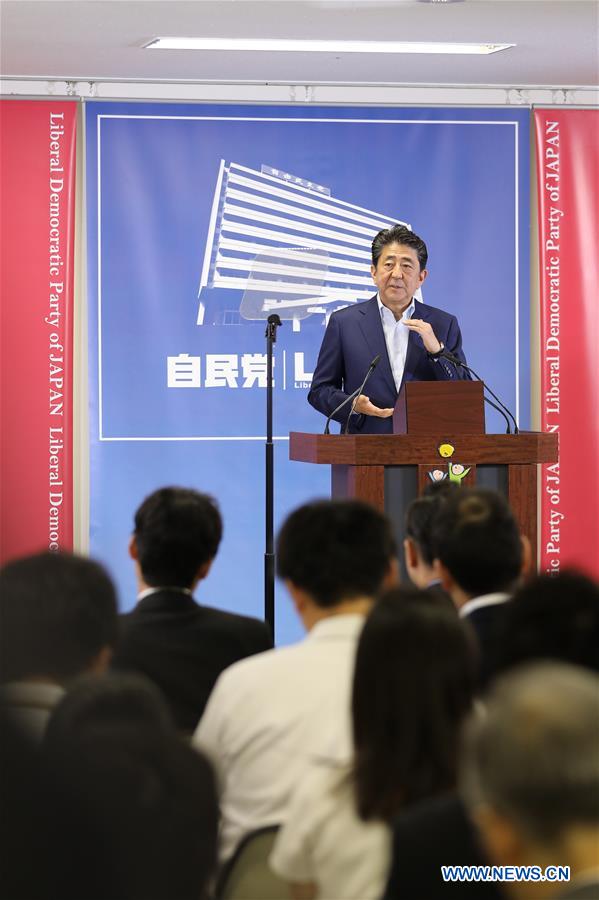 Though few current cabinet members would likely to remain, the prime minister is widely expected to retain his close allies Chief Cabinet Secretary Yoshihide Suga and Deputy Prime Minister Taro Aso, who doubles as the finance minister, in their current roles.

Among other high-profile names that might be on the move, economic revitalization minister Toshimitsu Motegi is tipped to be in line for a reward for his work as the country's top negotiator in bilateral trade talks with the United States.

According to media reports, Motegi is expected to be given a key role such as the foreign minister.

Some sources close to the matter believe that LDP policy chief Fumio Kishida, who once served as the foreign minister and is seen as a possible successor to Abe, may be handed a new responsibility.

According to Kyodo reports, Kishida is interested in becoming the secretary general and spoke to Abe about it last Friday, people close to him said.

Another focus within the LDP is on the fate of 80-year-old secretary general Toshihiro Nikai who has held his position for over three years.

Meanwhile, Shinjiro Koizumi, son of former Japanese Prime Minister Junichiro Koizumi, could be in the running for a cabinet position. The young politician is rumored by some to possibly take over the leadership from Abe in the future.

Abe, who reshuffled his cabinet and LDP executives in October 2018, said at Monday's meeting that he intended to respond to the strong public support shown in July's upper house election and to carry out all the policies he had promised.