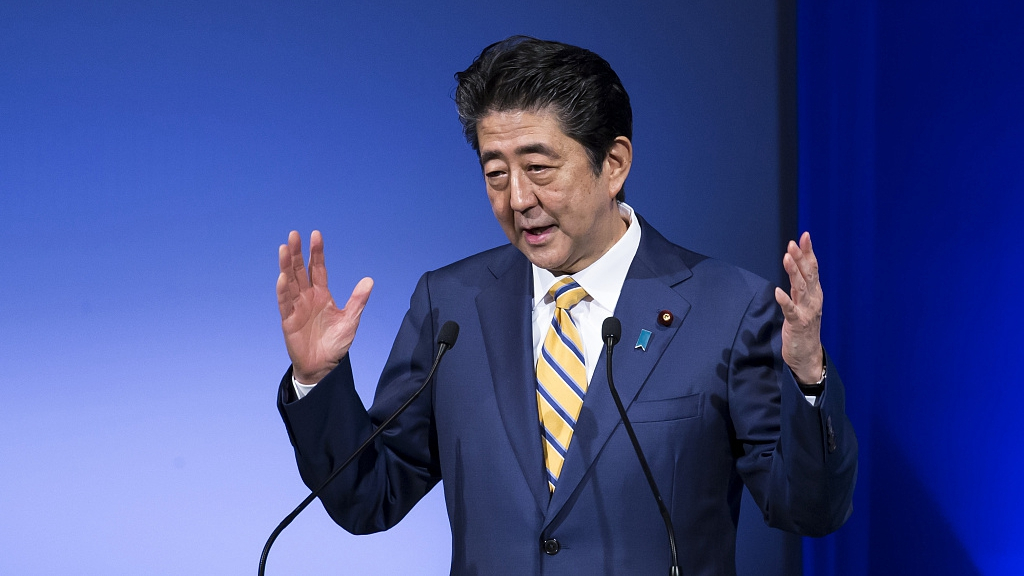 Abe made the remarks on Friday in a policy speech outlining his goals ahead in an extraordinary Diet session.
He said that exchanges between Japan and China should not be limited to leaders of the two countries, but should be expanded to all areas, including economic and youth exchanges.
Abe, set to become Japan's longest-serving prime minister in November, sent a congratulatory video last week to the reception held by the Chinese Embassy in Japan to mark the 70th anniversary of the founding of the People's Republic of China (PRC).
This year is a new vantage point for both China and Japan, Abe said in the video. It not only marks the 70th anniversary of the PRC founding, but also the start of the new era "Reiwa" for Japan. He firmly believes that Japan and China's joint responses to regional and global issues as well as joint contributions to the international community are of great significance to the future of the two countries.
Earlier this week, Chief Cabinet Secretary Yoshihide Suga said Japan is seeking to deepen the Japan-China ties that have returned to a "normal track" as both nations share a responsibility for peace and prosperity in Asia and beyond.