Ability to cope with disasters tested 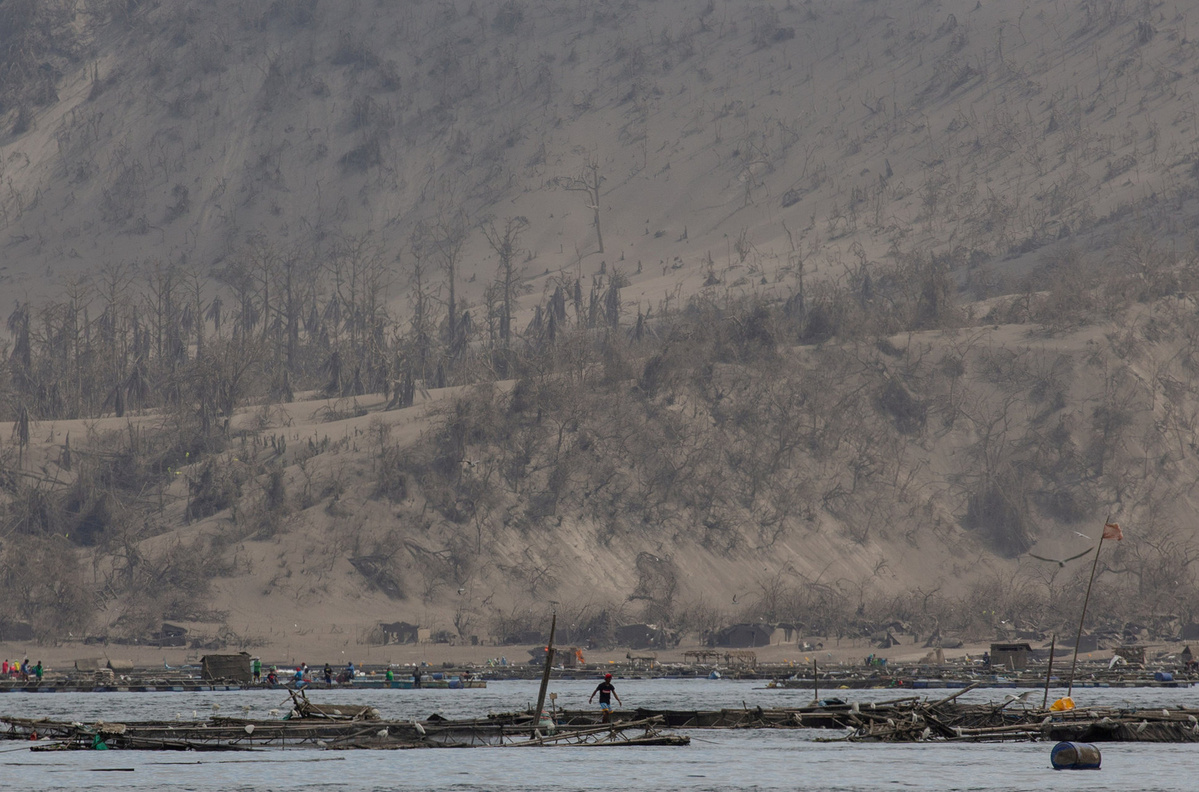 Fears over the possible eruption of one of the Philippines' most active volcanoes are testing the country's capability to mitigate the impact of natural disasters.

Over 300,000 people have fled to safety ever since the Taal volcano started spewing ash and steam on Jan 12. The Philippine Institute of Volcanology and Seismology, or PHIVOLCS, has detected several volcanic earthquakes in towns surrounding the volcano and has put the volcano on alert level four, warning of a possible "hazardous explosive eruption" within hours or days.

Analysts praised the early warnings and the timely evacuation. The fact that there were no casualties also attests to the fact that national and local officials have learned their lesson from the country's previous natural disasters.

But analysts also noted that more things still needed to be done－as housing displaced residents in evacuation centers is just a temporary solution. What the government needs to do now is to persuade the residents to permanently leave the area surrounding the restive volcano.

Ideally, no one should be living within the 14-kilometer danger zone around Taal volcano, according to Alfredo Mahar Lagmay, the director of the University of the Philippines Nationwide Operational Assessment of Hazards, a think tank that specializes in natural hazards, disaster risk reduction and climate change.

"That's a permanent danger zone," Lagmay said, noting it would be difficult to persuade residents to leave this area as this is their only source of livelihood.

Volcanic eruptions don't occur all the time. But Lagmay said that these residents are more concerned about day-to-day survival. There's also this belief that they have been living there for a long time and can thus sense when the volcano will erupt, allowing them to flee to safety if and when needed.

"That's an extra challenge, not only for the government but even for civil society, for all of us Filipinos," said Arturo Tahup, project coordinator at the Institute for Climate and Sustainable Cities.

He said most of these displaced residents will likely return to their old homes as they can't let go of their property, livelihood and community. But that should be discouraged given that Taal volcano has a history of violent explosions.

"The very big task now is to ensure that the people who were displaced by the Taal eruptions will have a better future. There should be enough funding and a rehabilitation plan, not just charity relief," Tahup said.

Located in the province of Batangas, about 70 km south of the Philippine capital of Manila, Taal volcano has recorded 34 eruptions since 1572. One of the most destructive eruptions occurred in 1911, when it killed more than 1,000 people and wiped out several entire villages.

While PHIVOLCS classifies Taal as an active volcano, it was dormant for more than 40 years, with the last recorded eruption in 1977.

But despite the danger it poses, people continue to live around the area, drawn by the tourism revenues that the picturesque volcano provides. Tourists usually go to Taal just to peer at its crater lake.

Farmers and fisherfolk also thrived, with Taal lake known as the only source of tawilis－a freshwater sardine. The more affluent families even build weekend homes nearby, attracted by the beautiful view.

On Jan 20, the Department of the Interior and Local Government banned any commercial activity within the 14-km radius danger zone.