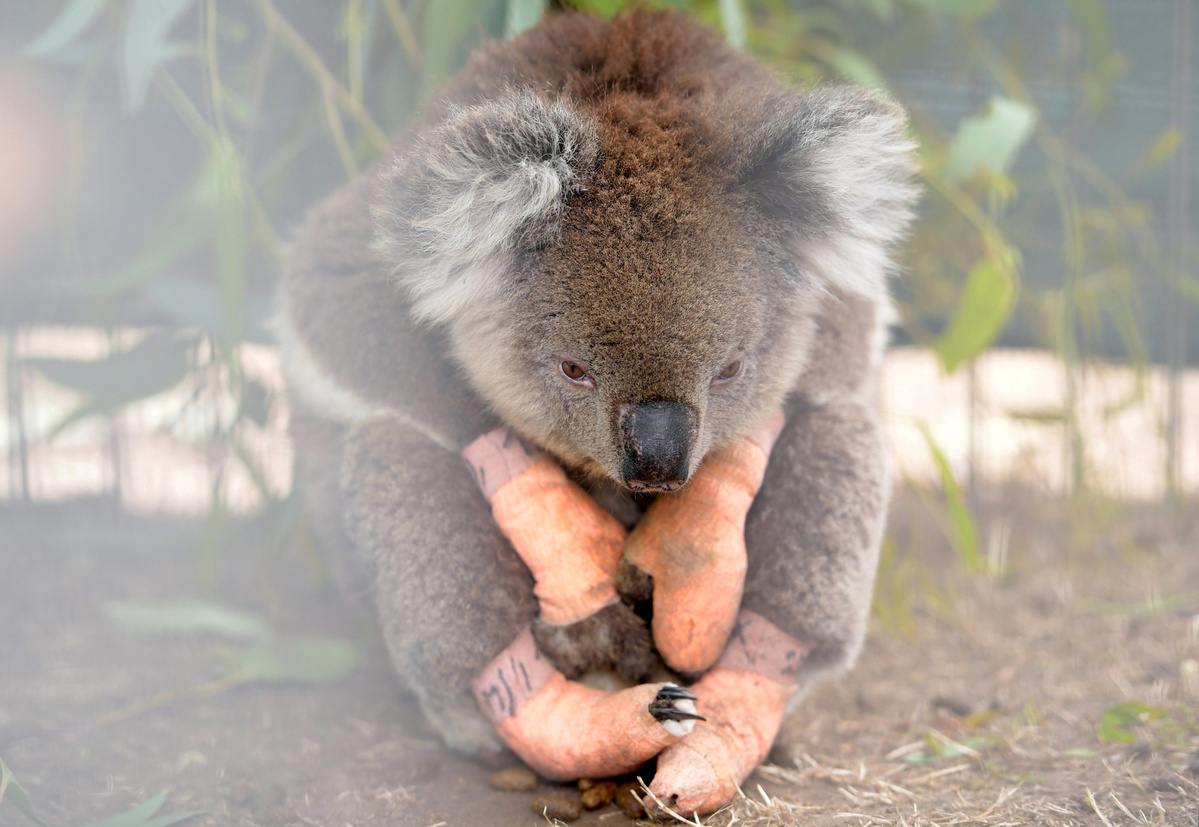 It has raised the figure mainly because researchers have now assessed the total affected area rather than focusing on the most affected states.

"This ranks as one of the worst wildlife disasters in modern history," said WWF-Australia Chief Executive Officer Dermot O'Gorman.

The WWF said it used various techniques to estimate animal populations, including using data from over 100,000 surveys. It said models could then accurately estimate animals found in areas destroyed by fire.

Project leader Lily Van Eeden from the University of Sydney said the research was the first continent-wide analysis of animals impacted by the bushfires.

"Other nations can build upon this research to improve understanding of bushfire impacts everywhere," she said. 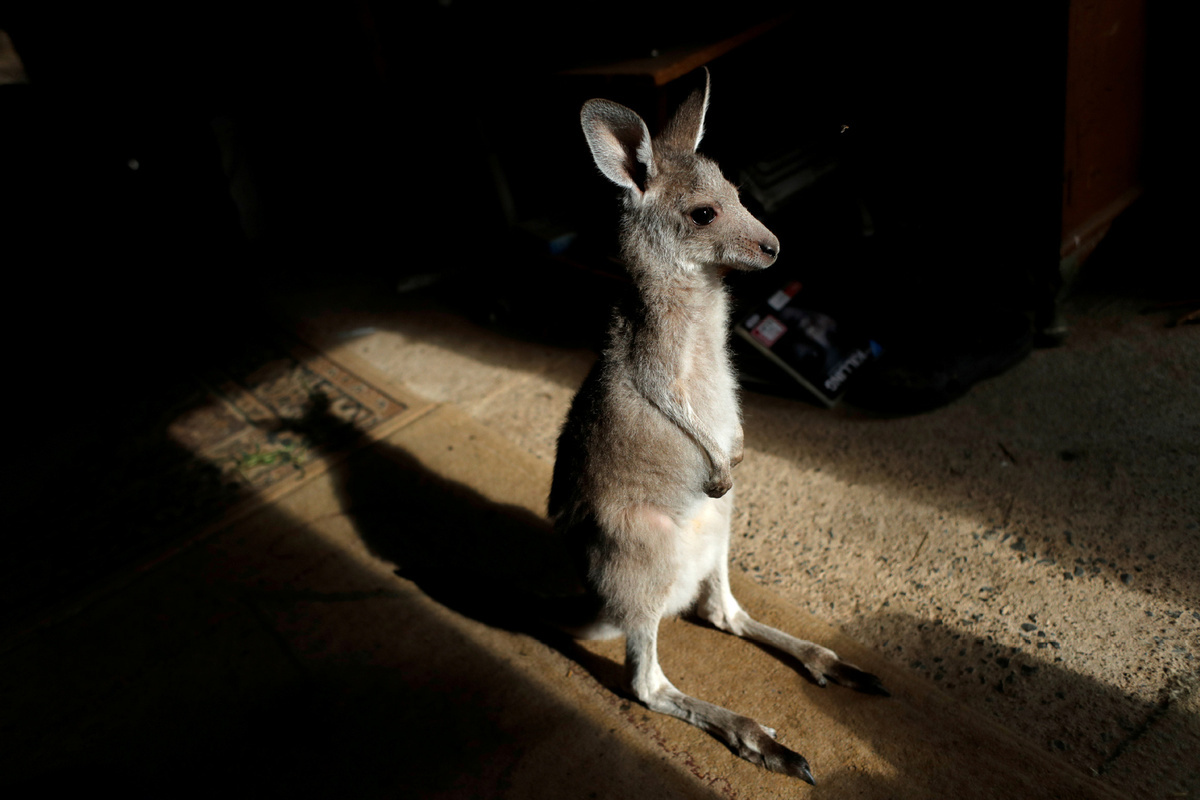 An orphaned kangaroo joey that was rescued during the bushfire season stands inside the living room of partners Gary Wilson and Julie Willis's home, both of whom are animal carers, in the community of Wytaliba, New South Wales, Australia, Jan 28, 2020. (Photo: Agencies)

Nearly 3 billion koalas, kangaroos and other native Australian animals were killed or displaced by bushfires in 2019 and 2020, showed a study by the World Wide Fund for Nature (WWF), triple the organisation's earlier estimates.

Some 143 million mammals, 2.46 billion reptiles, 180 million birds and 51 million frogs were impacted by the country's worst bushfires in decades, the WWF said on Tuesday.

The fires destroyed over 11 million hectares (37 million acres) across the Australian southeast, equal to about half the area of the United Kingdom. When they were blazing, the WWF estimated the number of affected animals at 1.25 billion.