About 600 opposition protesters detained in Moscow 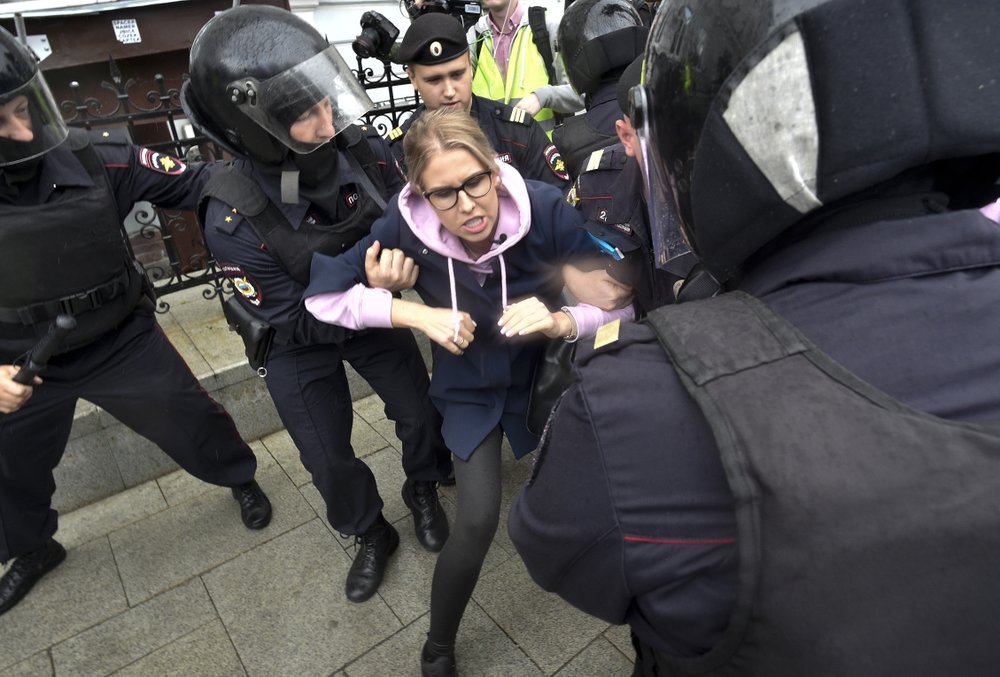 "About 1,500 people took part in an unauthorized rally in the center of Moscow," the ministry's Moscow branch said in a statement, giving no details.

The ministry said in an earlier statement that about 350 people participated in the rally and 30 of them were detained for disturbing the public order.

The demonstration, according to Moscow-based Sputnik news agency, was initiated by the Libertarian party to protest against Moscow authorities' decision to ban several opposition candidates, who allegedly used fake signatures on their nominating petitions, from the city council election in September.

The organizers refused to hold the rally at the location designated by the authorities and called on people to take to the streets in central Moscow, Sputnik reported.

On July 27, the ban on opposition candidates drew protests from thousands of demonstrators, of whom over 1,000 were detained.

The Russian Investigative Committee has opened criminal proceedings against the organizers and participants in the rally last week.