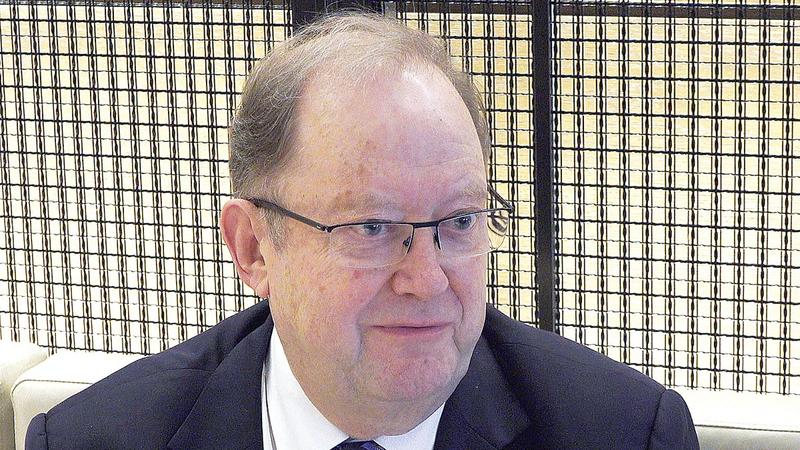 Hong Kong is part of China and the rioters have "zero chance of success" of separating the city from its motherland, an economic policy expert says.

"(For) the people who lead these protests, their demands are not the ones that they put forward, and what they really want is the separation of Hong Kong from China," said John Ross, a senior fellow at the Chongyang Institute for Financial Studies at Renmin University of China, in an interview with China Daily on Thursday.

The rioters are trying to disrupt "one country, two systems", and they have absolutely no chance of success in achieving their separatist agenda, said Ross, who was born in Britain. He is also a former director of economic and business policy for the mayor of London.

But the danger is that this smaller group of people is manipulating a much larger group, he said, referring to people who have grievances about the city’s social problems.

Ross also noted that there had been foreign interference that complicated the situation in Hong Kong, including from his own country, and also from the United States.

On Thursday, members of Britain’s House of Lords, the upper house of the parliament, debated over the Hong Kong protests and whether to offer United Kingdom citizenship to Hong Kong residents. Hundreds of demonstrators protested outside the British consulate in Hong Kong on Thursday evening.

And in the US, Senator Marco Rubio has, among other things, nominated Joshua Wong Chi-fung for the Nobel Peace Prize. Ross cited this as an example of US politicians and government establishment including Congress trying to provide support to anti-government activists in Hong Kong.

America will never allow the separation of any part of it; but they want to separate Hong Kong from China, Ross said, adding the protesters could not to be reasoned with.

He said the key task for the Hong Kong Special Administrative Region government is to separate out the small group of people who are very violent and have a political agenda, and deal with them in accordance with the law.

Ross said that in any normal society, if people start using deadly weapons such as Molotov cocktails, they should expect to spend many years in prison.

He said the fundamentals of Hong Kong under the principle of "one country, two systems" will not be damaged by the protests. The city should always focus on the advantages it has as the gateway to China, he added.