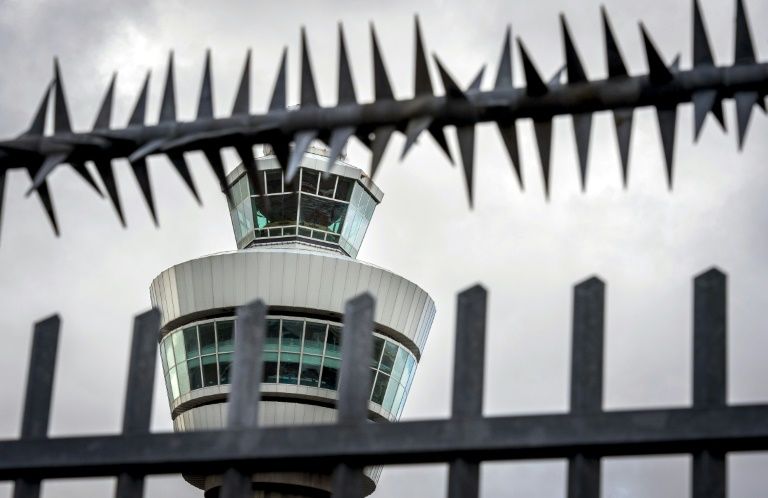 Schiphol is one of Europe's busiest airports, handling more than 70 million passengers a year, according to its website. (File photo: AFP)

A pilot accidentally set off a hijack alarm on a plane at Amsterdam's Schiphol airport on Wednesday, triggering a huge security operation by Dutch police.

Spanish airline Air Europa "deeply" apologised for the incident on board its flight from the Dutch capital to Madrid, which saw emergency vehicles swarm around the plane.

"False alarm. In the flight Amsterdam-Madrid this afternoon was activated, by mistake, a warning that triggers protocols on hijackings at the airport," the airline tweeted.

"Nothing has happened, all passengers are safe and sound waiting to fly soon. We deeply apologise."

Schiphol is one of Europe's busiest airports, handling more than 70 million passengers a year, according to its website.

Pictures from the scene showed police vehicles and ambulances clustered around the aircraft while parts of the airport were cordoned off.

The Dutch Royal Military Police had earlier said they were investigating a "suspect situation", but announced an hour later that the passengers and crew were "safely off the plane."

An investigation was underway to determine how the alarm could have been accidentally triggered.

A hijacking alert is not made by activating a single button but is triggered by a four-digit code transmitted to the control tower, aeronautics expert Joris Melkert told local media.

Justice and Security Minister Ferd Grapperhaus tweeted that he was "impressed" by the response of the authorities.