Accusations of anti-Semitism plague ‘Women’s March’ plans in US 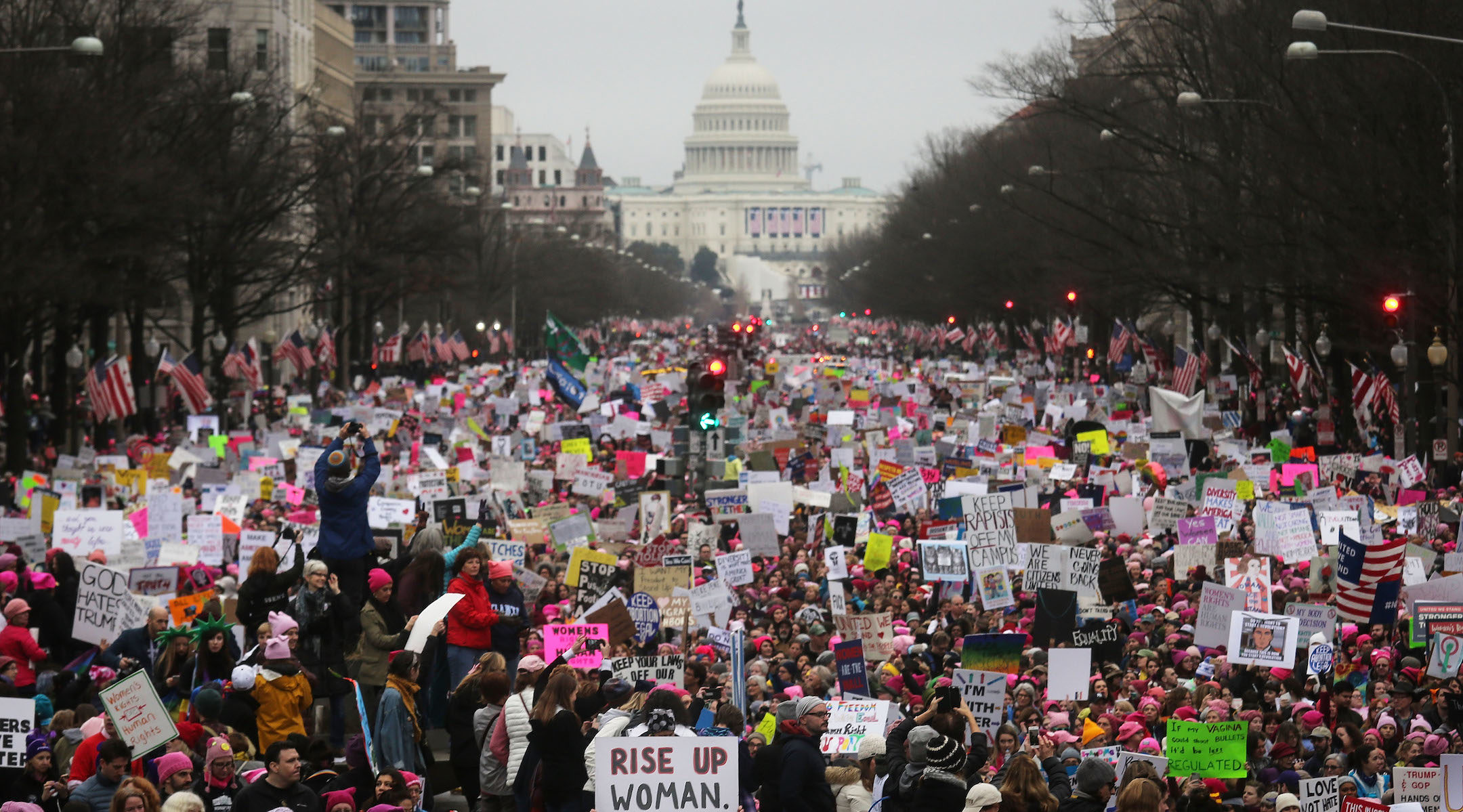 The "Women's March" movement that spearheaded mass protests against US President Donald Trump's inauguration, is reportedly grappling with infighting as allegations of anti-Semitism overshadow plans for fresh demonstrations next month.

Divisions have become so stark that two separate New York marches will now take place the same day in January, one by the original Women's March group characterized as being led by women of color, and another planned by "March On," a group emphasizing its condemnation of anti-Semitism, according to The New York Times.

Tensions have apparently been brewing within the movement since it launched after the shock election of Trump: According to Jewish news outlet Tablet, two of seven women at the first meeting told organizer Vanessa Wruble, who is white and Jewish, that Jewish people must deal with their own role in perpetuating racism.

More than a million people nationwide took to the streets for the Women's March in January 2017, a remarkable protest marked by its size and message of inclusivity.

Wruble was however pushed out of the organizing following the event, according to the Times, and accusations of anti-Semitism reportedly have some women questioning whether to continue supporting the group.

In January 2018, the second edition of the march saw both organizations hold demonstrations, but without making clear their divisions to the press.

In recent months, fresh charges have been leveled against black organizer Tamika Mallory, who participated in an event held by Nation of Islam leader Louis Farrakhan - a black activist whom prominent rights groups describe as anti-Semitic.

Mallory also has criticized publicly the Anti-Defamation League, a major US organization focused on combating anti-Semitism.

Teresa Shook, a white woman from Hawaii who originally suggested the march, last month called for the national co-chairs - Mallory, Bob Bland, Linda Sarsour and Carmen Perez - to step down, saying they have "steered the Movement away from its true course."