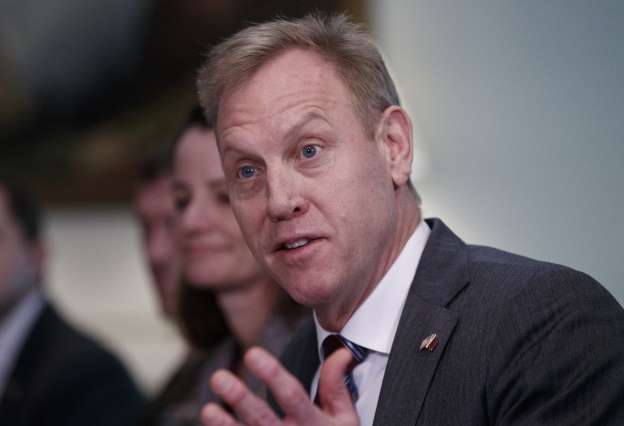 US Secretary of Defense Patrick Shanahan talks to media as he meets with and Qatari Minister of Defense Khalid bin Mohammed al-Attiyah, at the Pentagon, Tuesday, March 12, 2019. (Photo: AP)

Acting Defense Secretary Patrick Shanahan says the United States and its partners in Syria have liberated virtually all the territory the Islamic State group once held.

But he's not declaring victory. The insurgents and local forces are still battling over a small slice of land.

Shanahan tells the Senate Armed Services Committee that US forces are drawing down in Syria but will maintain a presence to prevent a resurgence of the extremist group that once controlled large swaths of Syrian and Iraqi territory.

Shanahan is a former Boeing executive who's been the interim Pentagon chief since Jan. 1, when Defense Secretary Jim Mattis left.