WASHINGTON, Nov. 14 (Xinhua) -- Newly appointed U.S. Acting Secretary of Defense Christopher Miller told the military that all wars must end and it is time to come home, according to a memorandum issued by the Pentagon on Saturday. 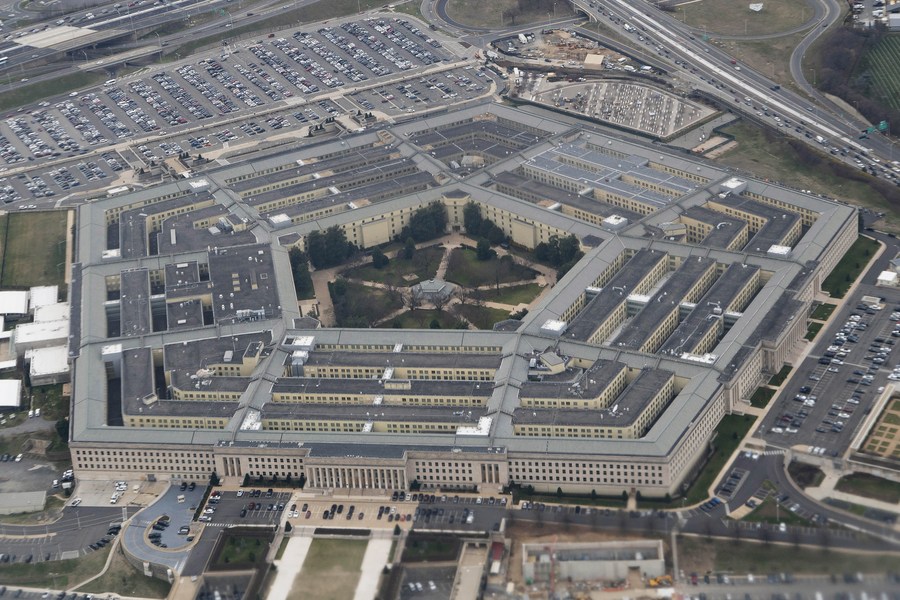 Photo taken on Feb. 19, 2020 shows the Pentagon seen from an airplane over Washington D.C., the United States. (Xinhua/Liu Jie)

"All wars must end. Ending wars requires compromise and partnership. We met the challenge: we gave it our all. Now, it's time to come home," Miller wrote in his first message to all employees of the Department of Defense.

The acting Pentagon chief also said that the United States remains committed to finishing the war against al-Qaeda since 2001 and is "on the verge of defeating" the terrorist group.

"This fight has been long, our sacrifices have been enormous, and many are weary of war - I'm one for them," he said. "But this is the critical phase in which we transition our efforts from a leadership to supporting role."

The war in Afghanistan, which has caused about 2,400 U.S. military deaths, is the longest one in U.S. history. Miller, a U.S. special forces veteran who fought in this war, was appointed by President Donald Trump on Monday as acting secretary of defense to replace former Pentagon chief Mark Esper.

The message indicated that he might accelerate the pace to pull U.S. troops out of Afghanistan. Currently, there are around 4,500 U.S. troops in the country.

Trump has long sought a full withdrawal from Afghanistan, but some of his senior aides from the military and the Pentagon suggested a condition-based withdrawal, a more cautious approach.

Trump previously tweeted that he wanted troops returning home by Christmas. His National Security Adviser Robert O'Brien later noted that Trump's tweet was only an expression of desire, saying U.S. troops in Afghanistan would be reduced to 2,500 level by early 2021.

The United States and Afghan Taliban signed an agreement in late February, which called for a full withdrawal of the U.S. military forces from Afghanistan by May 2021 if the Taliban meets the conditions of the deal, including severing ties with terrorist groups. Commander of U.S. Central Command Kenneth McKenzie said that the Taliban "had not shown conclusively that they're going to break with al-Qaeda."