As a girl, Debra Haaland remembers joining her grandmother as she chopped wood and fetched water for her home in tiny Mesita, a Native American community situated in New Mexico's high desert. 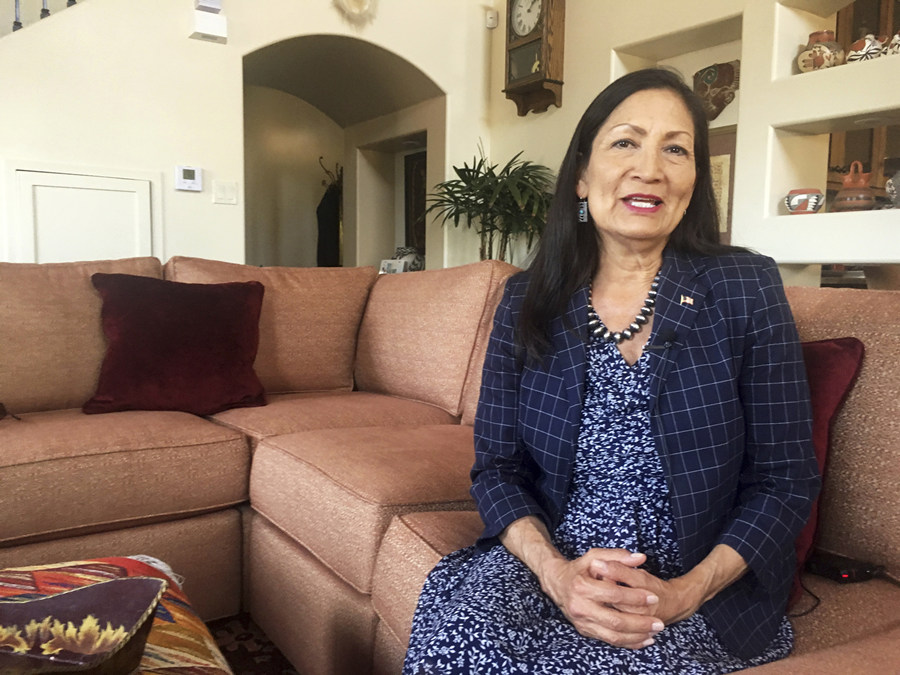 In this June 6, 2018, file photo, Deb Haaland, a Democratic candidate for Congress for central New Mexico's open seat and a tribal member of the Laguna Pueblo, sits at her Albuquerque home. (Photos: AP)

Haaland, an enrolled Laguna Pueblo member, is certain it was these early experiences and the example of her grandmother's work ethic that helped her win a seat in the US House Representatives on Tuesday — a political victory that until this year had been beyond reach for numerous Native American women. Her fellow Democrat Sharice Davids, who is Ho-Chunk, also won her historic bid to represent a US House district in Kansas.

Their wins add them to a record number of women elected to the US House on Tuesday following an election cycle that also saw a significant boost in Native American female candidates at the state and local level. In an interview, Haaland, a former New Mexico Democratic Party chairwoman, credited a vast political network she built after nearly 20 years of working on other candidates' campaigns, her team and volunteers, and her own hard work.

"My grandmother worked really hard; she expected us to work hard," Haaland said. "I mean that in and of itself is what really sustained me. It's my work ethic."

Haaland, who is 57, will replace US Rep. Michelle Lujan Grisham, a Democrat who ran successfully for governor this year. Her district covers Albuquerque, and a handful of rural communities that include tribal communities.

Davids' district, meanwhile, lies in the suburbs west of Kansas City. She unseated US Rep. Kevin Yoder, a Republican. In addition to being one of the first Native American congresswomen, she'll also be the nation's first LGBT Native American to serve as a federal lawmaker.

On election night, Davids highlighted her life story of being raised by a single mother, being a first-generation college student and working while she was in school, saying those experiences were not unusual.

"What is uncommon, until now, is to have those voices and those stories and those experiences truly reflected in our federal government, in Congress and the Senate," she said.

The two women will join US Reps. Tom Cole, who is Chickasaw, and Markwayne Mullin, an enrolled citizen of the Cherokee Nation, in the House. Cole and Mullin are Republicans, representing districts in Oklahoma. 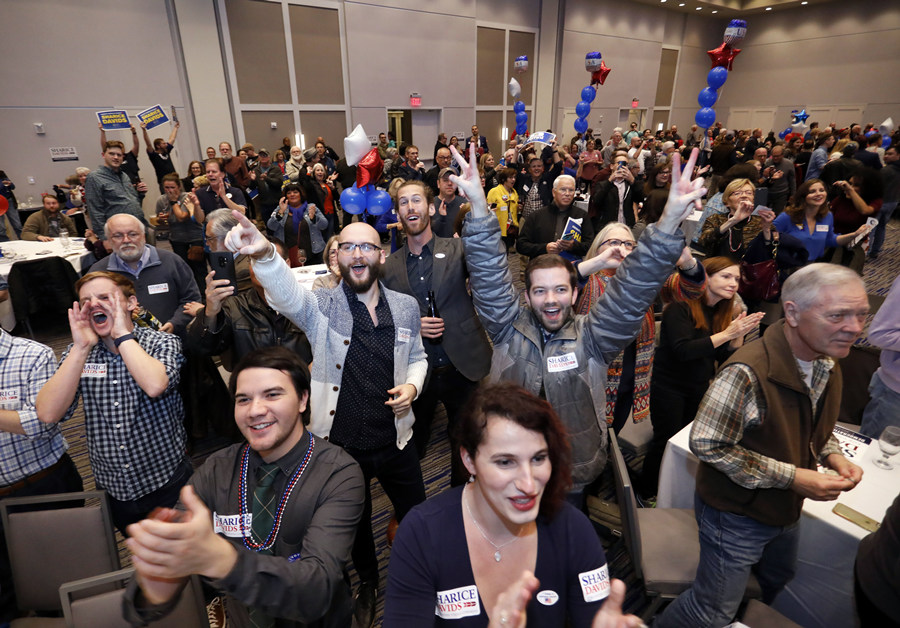 Haaland and Davids' wins marked an emotional high point for Kalyn Free, a citizen of the Choctaw Nation in Oklahoma and former district attorney in southeastern Oklahoma, who has been part of a decades-long push to get Native American women elected to Congress.

She recalled donating to the 1992 congressional campaign of Ada Deer, a Menominee woman who ran as a Democrat for a seat in Wisconsin. Twelve years later, Free herself ran for Congress in Oklahoma and then founded INDN's List, a political organization that sought to recruit and build support for Native American candidates.

In the past, Free said many Native American women she supported faced a "double barrier" along race and gender lines in winning over donors who doubted their competitiveness. But Haaland and Davids proved to topple it.

Haaland raised about $1.9 million, more than any of her opponents, despite hearing of doubts from other Democrats early in the race that she wouldn't be able to compete financially, she said. She cleared a crowded primary field before handily defeating former state lawmaker Janice Arnold-Jones, a Republican, in Tuesday's election.

Davids raised about $4.3 million, almost all of it since mid-July. The sum represented an unusually large amount of money for congressional races in the state. In the final full month of her race alone, she recorded a $1.16-million haul.

Federal Election Commission filings showed both candidates benefiting from a mix of individual and super PAC contributions, as well as donations from numerous tribes in their states and beyond.

"We have to compete at the same level," Free said. "We have to have money, professional staff, and data-driven campaigns. That's the difference."

Haaland said her fundraising push included visits to tribes' administration buildings throughout the country, where she said she discussed a range of issues with tribal leaders.

In what has become a reliably Democratic district in the past decade, she ran on a progressive agenda that prioritized health care, public education and the environment, saying the issues span the interests of her constituents and Native Americans nationwide.

"I hope that I can help (tribes) to see some success with my win," she said. "When I go to Congress, it's, you know, them having a seat at the table. It's them having a voice."