ROME, May 5 (Xinhua) -- Conflicts, economic crises and extreme weather conditions pushed the number of people who faced acute food insecurity to 155 million in 2020, the highest figure in five years, the United Nations' Food and Agriculture Organization (FAO) and other agencies said here on Wednesday. 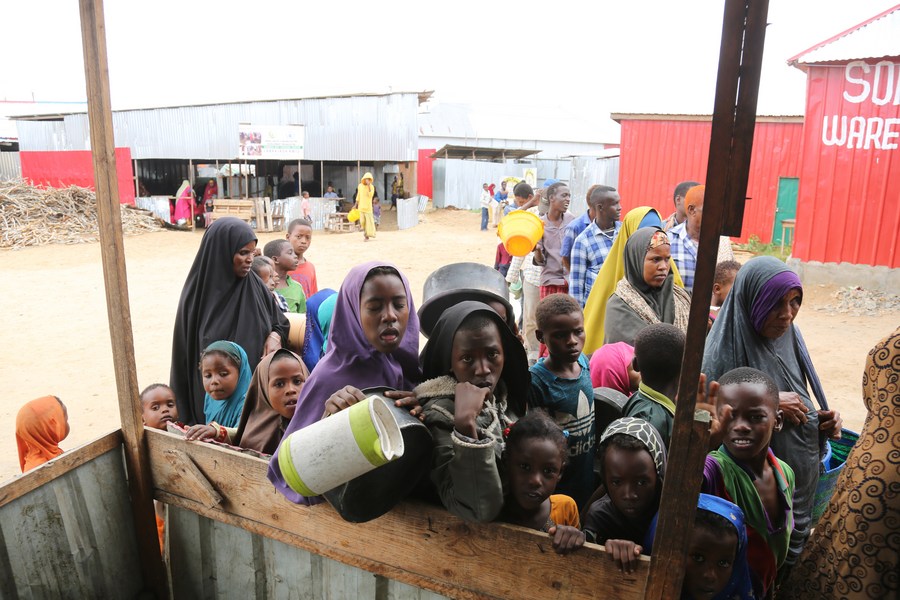 The situation was described in the "2021 Global Report on Food Crises" issued by the Global Network Against Food Crises (GNAFC), an international alliance bringing together the UN's FAO and World Food Program (WFP), the European Union (EU), governmental agencies and no-profit organizations.

Presented at a virtual event, the report highlighted that acute food insecurity -- the condition in which the inability to find adequate food puts the life and livelihood of a person in immediate danger -- was spread across at least 55 countries and territories in 2020.

Among these, the most severe conditions were reported in Burkina Faso, South Sudan, and Yemen, where at least 133,000 people overall were in need of "urgent action to avert widespread death and a collapse of livelihood."

Since the first such report was issued in 2017, acute food insecurity has been on a constant rise. Specific key factors were behind the levels seen last year, namely conflicts, economic shocks, and extreme weather conditions, the FAO explained in a joint statement with WFP and EU.

Wars represented the "main driver pushing almost 100 million people in acute food insecurity in 2020," up from 77 million in the previous year.

In the second place came economic crises, which were "due to COVID-19" last year and replaced weather hazards as the second pulling factor, with more than 40 million people affected against 24 million in 2019.

The adverse weather events ranked third, which last year threatened over 15 million people, down from 34 million in 2019.

Overall, the context in which all these three factors had their effects was worsened by the pandemic, the global network's founding members said in their joint statement.

"The COVID-19 pandemic has revealed the fragility of the global food system, and the need for more equitable, sustainable, and resilient systems to nutritiously and consistently feed 8.5 billion people by 2030," they said.

They also noted that prolonged food crises were proving how environmental, social, and economic trends combined with conflicts and insecurity "are eroding the resilience of agri-food systems."

"If current trends are not reversed, food crises will increase in frequency and severity," they said.

In the foreword of this year's report, UN Secretary-General Antonio Guterres also called for "addressing hunger and conflict together" because these two conditions were mutually reinforcing.

"Addressing hunger is a foundation for stability and peace," Guterres said.