Adhering to multilateralism, China-EU relations restart in the post-pandemic era

Chinese State Councilor and Foreign Minister Wang Yi paid an official visit to Italy, the Netherlands, Norway, France and Germany from Aug 25 to Sept 1. This European trip is the first overseas tour made by a Chinese foreign minister since the onset of the COVID-19 outbreak, which fully reflects the importance both sides attach to China-EU relations and indicates that China-EU relations have restarted in the "post-pandemic era."

During the eight-day visit, Wang held in-depth talks with leaders and foreign ministers of the five countries, achieving the expected goal of reaching a consensus between Chinese and EU leaders and deepening cooperation with the European side. 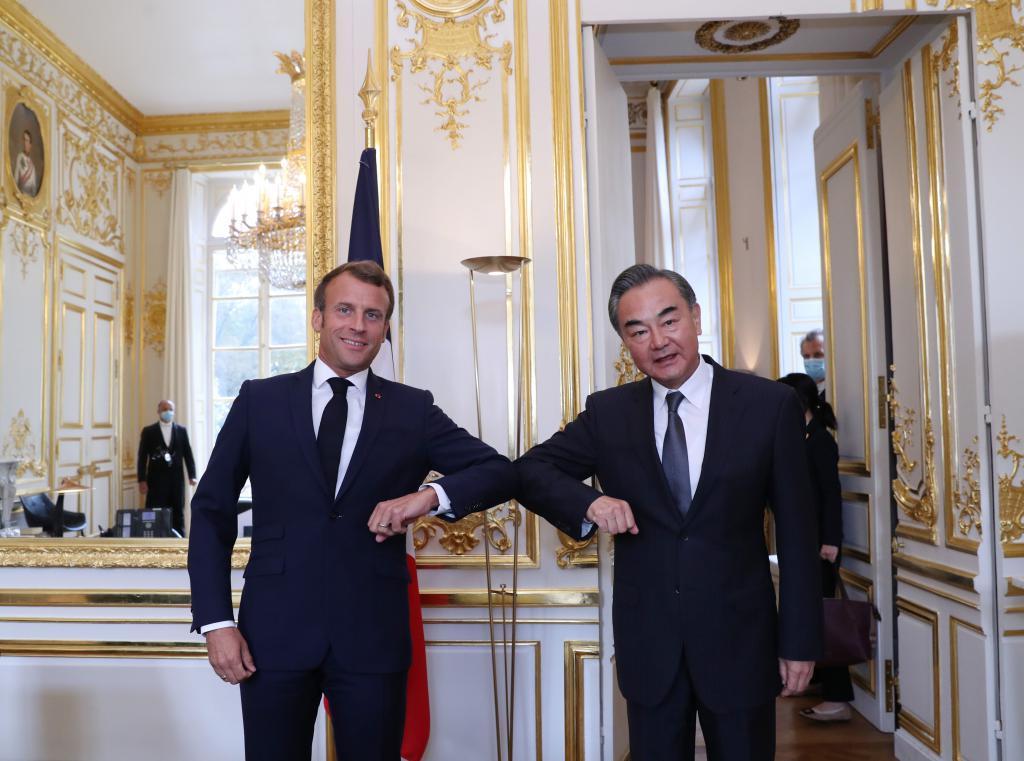 At a press conference on the last leg of the visit in Germany, which holds the rotating EU presidency, Wang specifically mentioned three points with regard to the broad consensus reached between China and the EU: first, to adhere to multilateralism and resist unilateralism; second, to strengthen unity and cooperation and oppose “decoupling”; third, to safeguard the overall situation of China-EU relations and properly manage differences.

First of all, China and the EU have always been devoted defenders, supporters and practitioners of multilateralism and have made positive contributions to world peace, stability and prosperity.

Second, in the context of increasing global challenges, both China and the EU recognize the need to further strengthen unity and cooperation. At present, the first and foremost thing is to strengthen global unity in the fight against the COVID-19.

Since the outbreak of COVID-19, China and the EU have supported each other, demonstrating the friendship between good partners and true friends. Furthermore, how to ensure the normal operation of the global industrial chain and supply chain is a common challenge for all countries in the world.

Both China and the EU are clearly opposed to “decoupling”, as it will drag the world economy into a deeper recession. To this end, China and the EU have indicated that they will take practical actions to contribute to the stability of the global industrial chain and supply chain.

Wang also particularly stressed that in China’dual circulation, which takes the domestic market as the mainstay while letting domestic and foreign markets boost each other, China will continue to make more efforts in opening up, which will provide greater market opportunities for European countries in the post-pandemic recovery.

Finally, the Chinese side has repeatedly stressed that China and the EU are partners, not opponents, and cooperation far outweighs differences. While there will inevitably be different views on some issues, the deeper the partnership, the wider the scope of cooperation.

However, the secret to good partners and true friends lies in frank communication with each other, along with managing differences and not letting them interfere with the overall cooperation between the two sides.

At present, some countries are hyping up the idea of a "new Cold War", to which China and Europe have expressed clear opposition. China supports Europe's pursuit of "strategic autonomy," which should also be reflected in making independent choices without being persuaded by certain countries.

During Wang's visit to Europe, China and the EU reiterated that they will strive to complete the negotiations on the China-EU bilateral investment agreement within this year and will work to launch a joint feasibility study on the China-EU free trade agreement as soon as possible.

In addition, China and the EU have made it clear that they will strengthen mutually beneficial cooperation in areas of common concern, such as climate change, green development, digital economy, medicine and health.

Moreover, China and the EU will also conclude the China-EU 2025 Strategic Agenda for Cooperation, which provides a blueprint and framework for China-EU dialogue and cooperation.

China and the EU have taken the lead in pressing the button to restart various political, economic and trade agendas. As two major forces, markets and civilizations in the world, the cooperation between China and the EU will bring more certainty to the uncertain world and make an important contribution to the post COVID-19 recovery of the world economy.