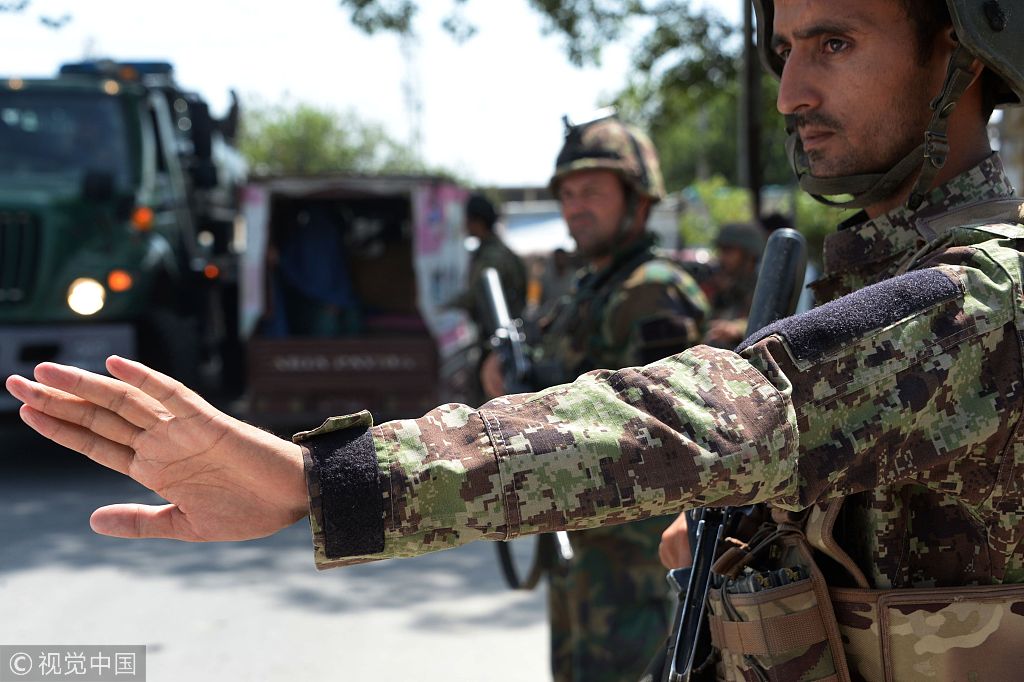 In this file photo taken on August 1, 2018 Afghan National Army soldiers search vehicles at a checkpoint in Jalalabad. (Photo: VCG)

By mid-afternoon, fighting was still underway in the area to free 21 remaining hostages, officials added.

The operation was a boost for Afghan forces, which have struggled to contain a resurgent Taliban on battlefields across the country.

On Monday morning, the Taliban ambushed a convoy of three buses travelling on a road in the Khan Abad district, and forced everyone to come with them, according to Nasrat Rahimi, deputy spokesman for the Interior Ministry.

Rahimi said that after Afghan security forces freed 149, the insurgents were still holding 21 hostages from the buses. He added at least seven Taliban fighters have been killed in the fighting so far.

The ambush came despite Afghan President Ashraf Ghani’s announcement of a conditional cease-fire with the Taliban during the Muslim holiday of Eid al-Adha this week.

The Taliban have stepped up their assaults in recent months, seizing entire districts across Afghanistan and regularly carrying out large-scale bombings and attacks that have killed scores of people.

Esmatullah Muradi, spokesman for the provincial governor in Kunduz, also confirmed the rescue of the hostages. According to Mohammad Yusouf Ayubi, the head of the provincial council in Kunduz, the Taliban were likely looking for government employees or members of the security forces who usually go home for the holidays.

All the passengers on the buses were from Badakhshan and Takhar provinces and were traveling to the capital, Kabul, said Abdul Rahman Aqtash, police chief in neighboring Takhar province.