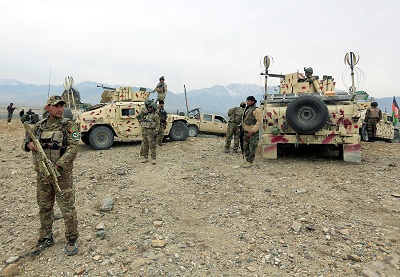 Seventeen militants were killed and 19 others injured during the serious of operations conducted by Afghan security forces across the country over the past 24 hours, the defense ministry said Wednesday.
"Afghan National Defense and Security Forces have carried out 13 clean up operations and 19 special operations in 10 provinces over the past 24 hours. As a result 17 insurgents were killed, 19 injured and four others arrested," the ministry said in a statement providing daily operational updates.
The security forces also seized weapons and ammunition over the period.
Taliban militants fighting the government have yet to make comments.