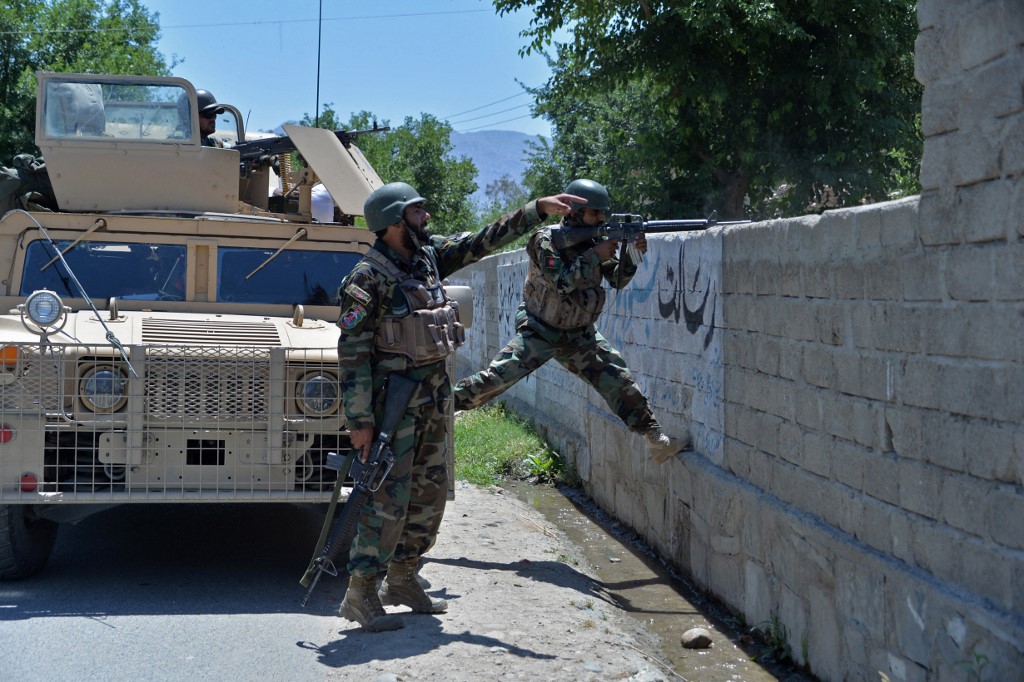 Members of Afghan security forces take their positions during an ongoing clash between Taliban and Afghan forces in Mihtarlam, the capital of Laghman Province on May 24, 2021. (File photo: AFP)

One member of the security forces was also killed in the operation, the provincial police said.

"The brave security forces repelled the militants from Ali Abad and efforts are underway to clear Khan Abad from the enemies," the statement said.

"The militants tried to take control of Khan Abad as they advanced to the central areas of the district early Saturday when security forces were responding to the assailants," he said.