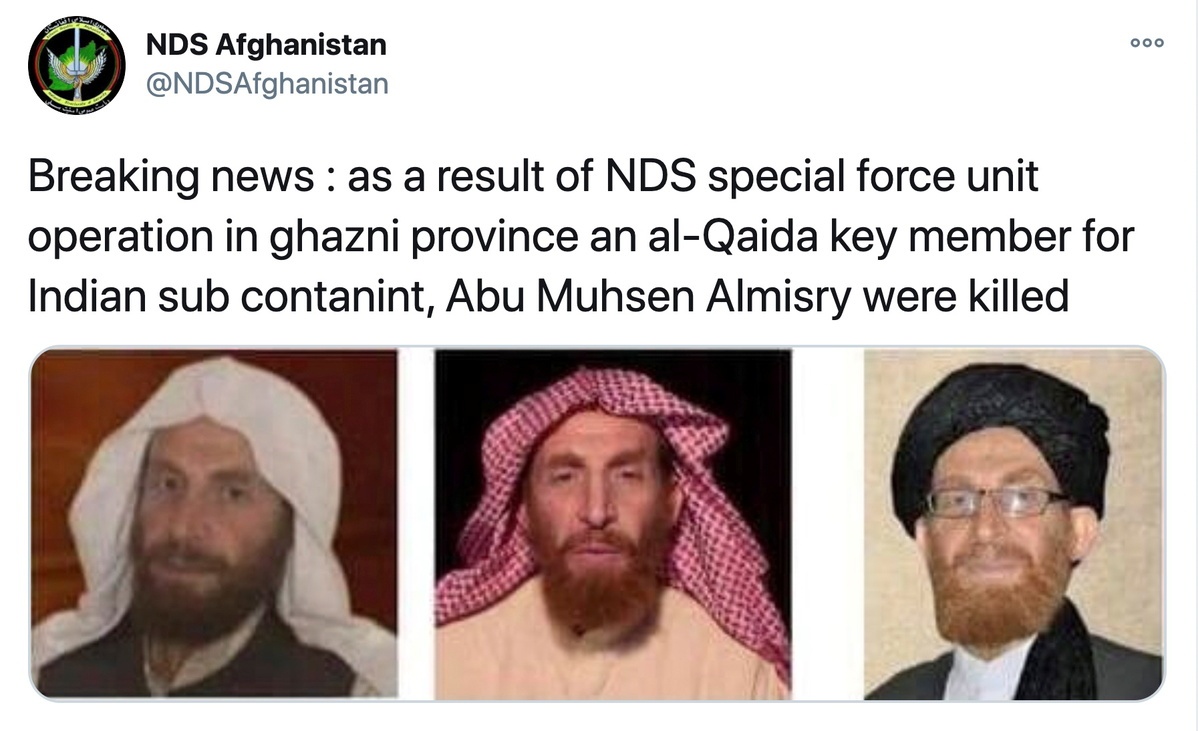 A tweet from NDS Afghanistan saying that they have killed Abu Muhsin Al-Masri in operations, accompanied by three profile photos of Al-Masri, is seen on NDS Afghanistan's Twitter account, Oct 24, 2020. [Photo/Agencies]

KABUL - The Afghan government forces have killed a key al-Qaida network leader in the restive Ghazni province, a source with the National Directorate of Security (NDS) confirmed Sunday.

However, the source, who declined to be named, refused to provide more details.

The defense ministry as well as officials in Ghazni province has yet to make comment.