Afghan government and Taliban representatives reached a preliminary deal on Wednesday to press on with peace talks, their first written agreement in 19 years of war and welcomed by the United States as a chance to halt the violence. 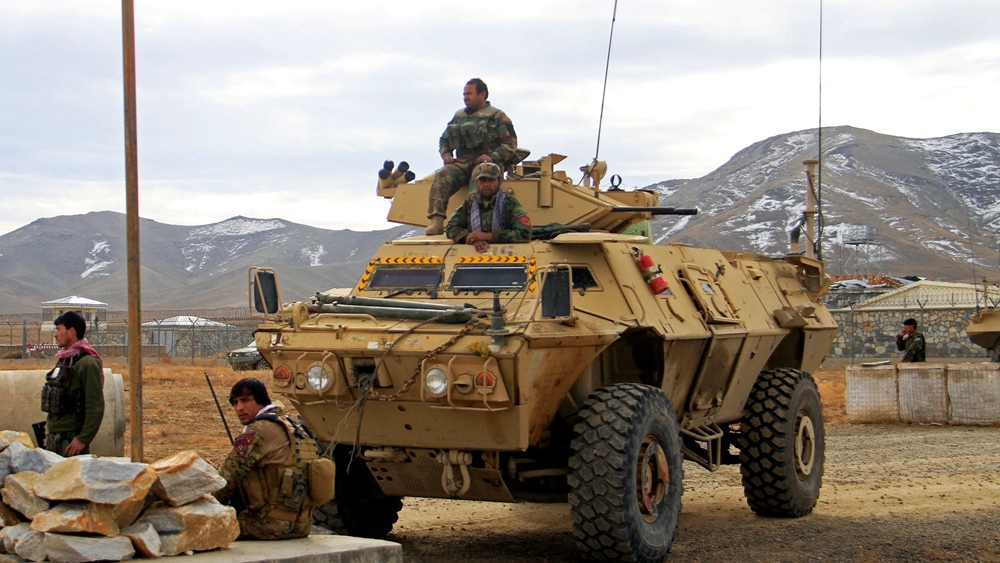 Afghan National Army soldiers keep watch outside of a military compound after a car bomb blast on the outskirts of Ghazni City, Afghanistan, November 29, 2020. /Reuters via CGTN

The agreement lays out the way forward for discussion but is considered a breakthrough because it will allow negotiators to move on to more substantive issues, including talks on a ceasefire, even as Taliban attacks on Afghan government forces have continued unabated.

"The procedure including its preamble of the negotiation has been finalized and from now on, the negotiation will begin on the agenda," said Nader Nadery, a member of the Afghan government's negotiating team.

"A joint working committee was tasked to prepare the draft topics for the agenda (of peace talks)," a joint statement from both sides said.

The agreement comes after months of talks in Doha, capital of Qatar, encouraged by the United States, despite the ongoing violence.

A ceasefire remains the most urgent demand of international capitals and Kabul, even after the Taliban refused one during the preliminary stages of talks. 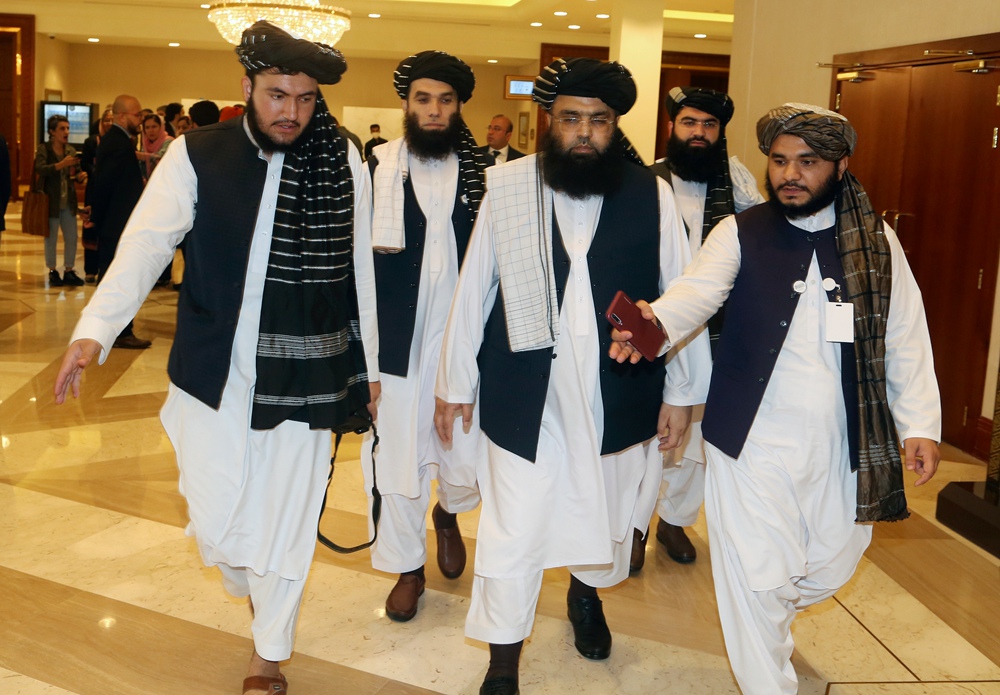 A few members of the Taliban delegation head to the opening session of the peace talks between the Afghan government and the Taliban in Doha, Qatar, September 12, 2020. /AP

"(The agreement) is a step forward towards beginning the negotiations on the main issues, including a comprehensive ceasefire as the key demand of the Afghan people," Afghan President Ashraf Ghani's spokesman, Sediq Sediqqi, said on Twitter, quoting the Afghan leader.

US Secretary of State Mike Pompeo congratulated the two sides on "perseverance and willingness to find common ground," and added that the United States would "work hard with all sides in pursuit of a serious reduction of violence and ceasefire".

US Special Representative for Afghan Reconciliation Zalmay Khalilzad said on Twitter that the two sides had agreed on a "three-page agreement codifying rules and procedures for their negotiations on a political roadmap and a comprehensive ceasefire".

"This agreement demonstrates that the negotiating parties can agree on tough issues," Khalilzad said.

The Taliban were ousted from power in 2001 by US-led forces for refusing to hand over Osama bin Laden, the architect of the September 11 attacks on the United States. A US-backed government has held power in Afghanistan since then, although the Taliban have control over wide areas of the country.

Under a February deal, foreign forces are to leave Afghanistan by May 2021 in exchange for counter-terrorism guarantees from the Taliban.

US President Donald Trump has looked to hasten the withdrawal, despite criticism, saying he wanted to see all American soldiers home by Christmas to end America's longest war.

The Trump administration has since announced that there would be a sharp drawdown by January, but at least 2,500 troops would remain beyond then.