"That brown building is my house," says Afghan news agency manager Sultan Faizy pointing from the rooftop of his office to the distance. 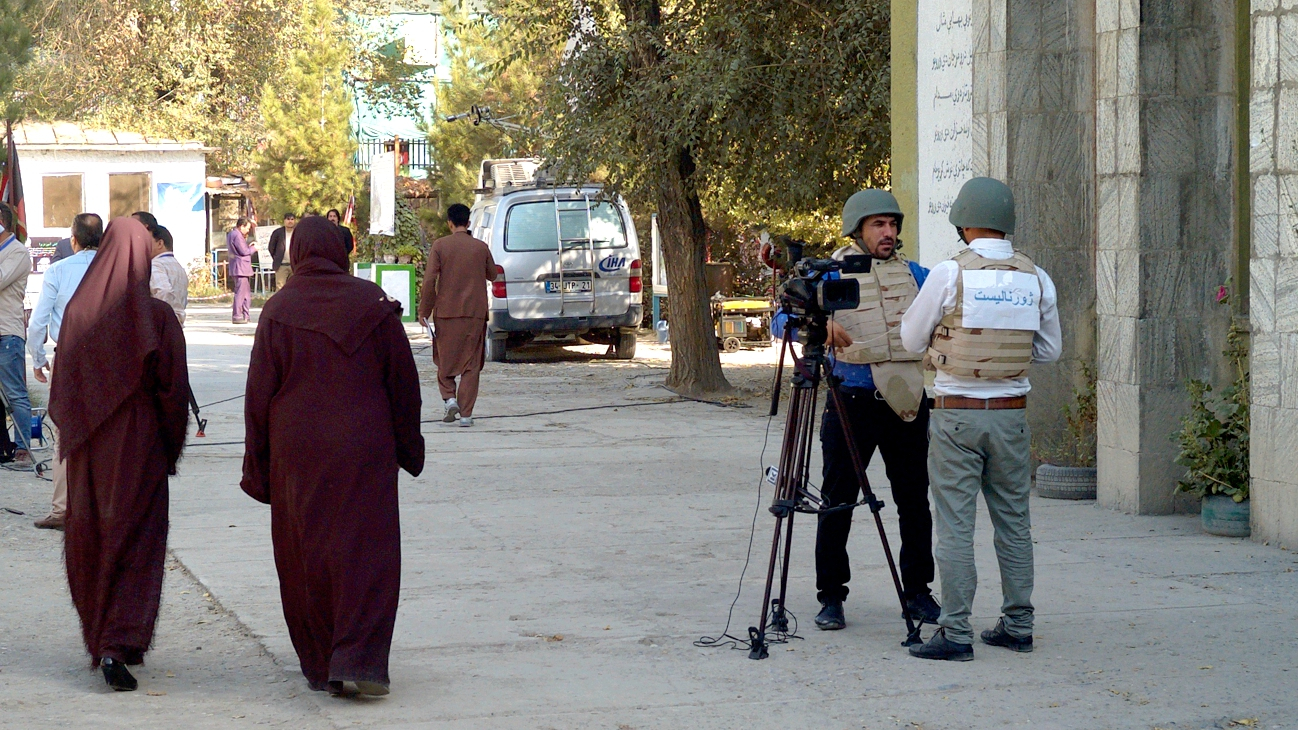 "Every morning I walk here past the U.S. Embassy, a U.S. Military base, the Supreme Court, the Afghan Intelligence Department as well as the military hospital which are all high-risk targets."

It is an unnerving start to each day.

2018 was the deadliest year for journalists in Afghanistan since the Taliban were ousted by the U.S. led invasion.

This year the fighting has only intensified.

"We have witnessed lots of these complicated attacks in which journalists have been killed," says Faizy.

In one attack nine reporters were killed.

Faizy has to decide each day whether to send reporters into the field, a potential death sentence.

"My colleague was in shock after surviving that attack. He called me, but he could not speak. I told him to come back urgently. When he got here I hugged him and he started crying.”

It has not deterred a new generation of reporters from risking their lives to untangle the nation's political complexities for a generation eager for peace and prosperity.

Afghanistan is often ranked the most dangerous country in the world to work for reporters, that's especially true for women in the media.

It's not just Taliban ideology that women struggle against in a deeply patriarchal and conservative society.

"There's no difference between men and women. If a man can expend effort to achieve something he wants in his life, so too can a woman. That's why I chose to be a journalist," says Shogofa Sediqi, standing before television monitors in Zan TV, where the vast majority of journalists and technicians are women.

There is an on-air panel discussion underway between a group of women exploring gender issues as well as the current political gridlock, and what a potential peace deal with the Taliban might look like.

"Afghan women will never allow the achievements gained over the past 18 years to be ignored. I'm sure, or I hope, that the Taliban has changed," says Sediqui, airing a common concern among women that a peace deal with the Taliban could seriously erode their rights.

What has certainly changed is the attitude of young generation, fed up with endless war and alleged corruption.

"There is a new wave, a new generation," says Faizy.

If peace and stability return, it will be thanks, in large measure, to the work of a war-born generation striving for peace in the belief the pen is truly mightier than the sword.