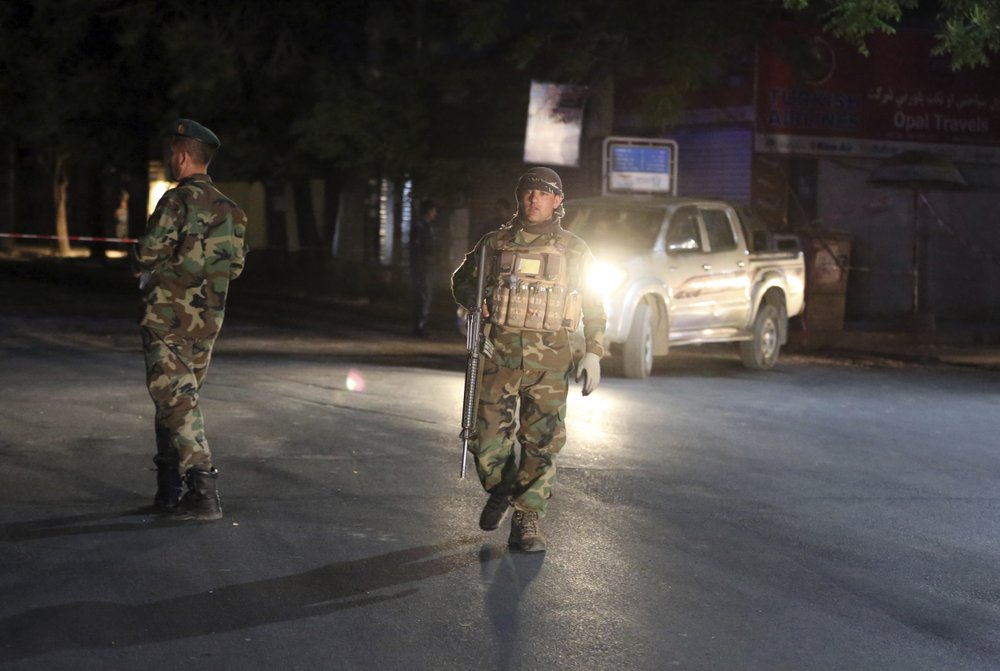 Afghan security forces arrive at the site of a bombing in a mosque in Kabul, Afghanistan, Tuesday, June 2, 2020. (Photo: AP)

A bomb exploded inside a mosque in the Afghan capital Kabul on Tuesday killing two people, including the mosque’s prayer leader, and wounding two others an official said.

Tariq Arian, spokesman for Afghanistan’s Interior Ministry, said the bomb targeted the Wazir Akber Khan Mosque at around 7:25 p.m., when worshippers had gathered for evening prayers. The mosque is located in a high-security diplomatic area near the offices of several international organizations and embassies.

No one immediately claimed responsibility for the attack, but the Islamic State group has been active in Kabul in recent weeks and has in the past carried out attacks inside mosques in Afghanistan.

Taliban insurgents have never carried out an attack inside ofa mosque.

Mullah Mohammad Ayaz Niazi was one of the two people killed in Tuesday’s attack, Arian said. He was wounded in the explosion and died later at a hospital.

Niazi was a well known cleric who was active as Friday prayer leader at the mosque. He was also a Kabul University professor in the Islamic Law department.

Sediq Sediqqi, spokesman for Afghan President Ashraf Ghani, tweeted that the government strongly condemned the attack, saying it “reveals the brutality and inhumanity of those who purposefully perpetrate violence against our Ulema and innocent people.”

Attacks against worshippers have increased in Afghanistan: Last month, an unknown number of attackers stormed a mosque in northern Parwan province, killing 11 and wounding several others.

The IS claimed responsibility Saturday for a roadside bomb attack against a bus belonging to a local TV station in Kabul, killing two employees of the station.