The death toll from an explosion outside a school in Afghanistan's capital Kabul has risen to 58, Afghan officials said on Sunday, with doctors struggling to provide medical care to at least 150 injured. 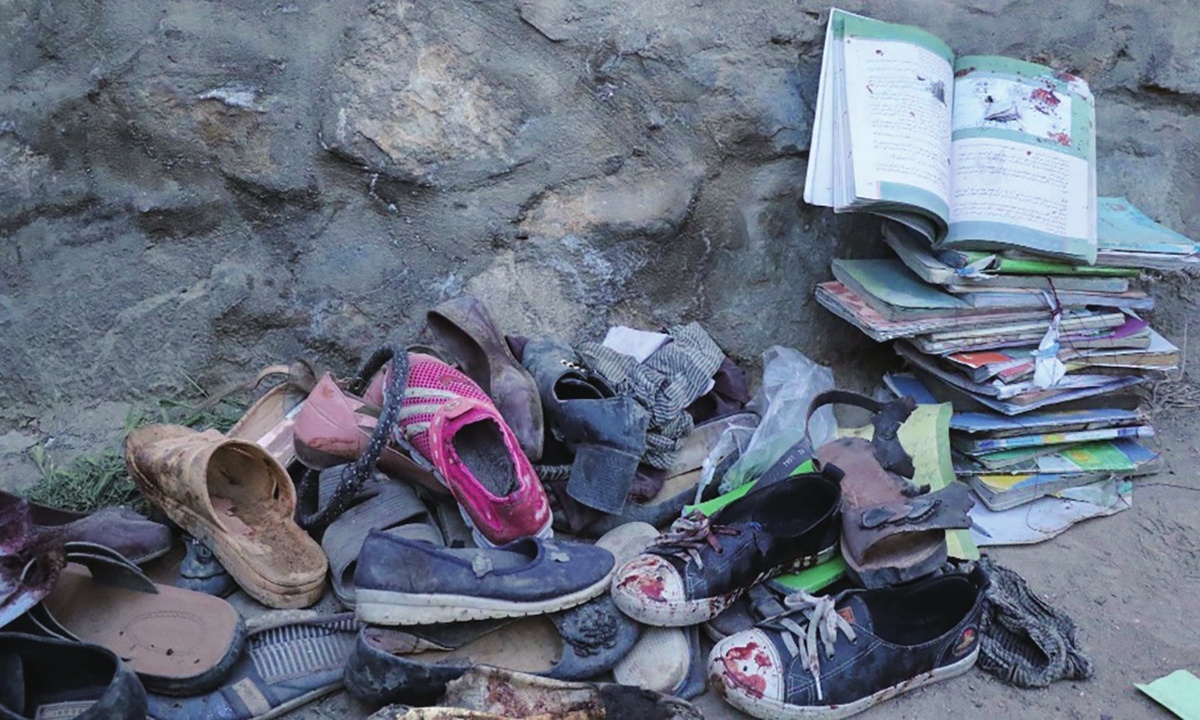 A view from the site, where mostly schoolgirls, have been killed in three back-to-back blasts targeting a school in Afghanistan's capital Kabul on Saturday Photo: AFP

The bombing on Saturday evening shook the city's Shi'ite Muslim neighborhood of Dasht-e-Barchi. The community, a religious minority in Afghanistan, has been targeted in the past by Islamic State militants, a Sunni jihadist group.

An eyewitness told Reuters all but seven or eight of the victims were schoolgirls going home after finishing studies.

Afghan President Ashraf Ghani on Saturday blamed the attack on Taliban insurgents but a spokesman for the Taliban denied involvement, saying the group condemns any attacks on Afghan civilians.

Families of the victims blamed the Afghan government and Western powers for failing to put an end to violence and the ongoing war.

Bodies were still being collected from morgues as the first burials were conducted in the west of the city. Some families were still searching for missing relatives on Sunday, gathering outside hospitals to read names posted on the walls, and checking morgues. "The entire night we carried bodies of young girls and boys to a graveyard and prayed for everyone wounded in the attack," said Mohammed Reza Ali, who has been helping families of the victims at a private hospital. "Why not just kill all of us to put an end to this war?" he said.

The violence comes a week after remaining US and NATO troops began exiting Afghanistan, with a mission to complete the drawdown by September 11, which will mark the end of America's longest war. But the foreign troop withdrawal has led to a surge in fighting between Afghan security forces and Taliban insurgents with both sides trying to retain control over strategic centers.

On Sunday, relatives began burying the dead at a hilltop site known as "Martyrs Cemetery," where victims of attacks against the Hazara community are laid to rest. Hazaras are Shiite Muslims and considered heretic by certain Sunni extremists.