A roadside bomb struck a minivan full of university lecturers and students in Afghanistan's northern Kapisa province on Saturday, killing at least 4 and wounding 11 others, Afghan officials said. 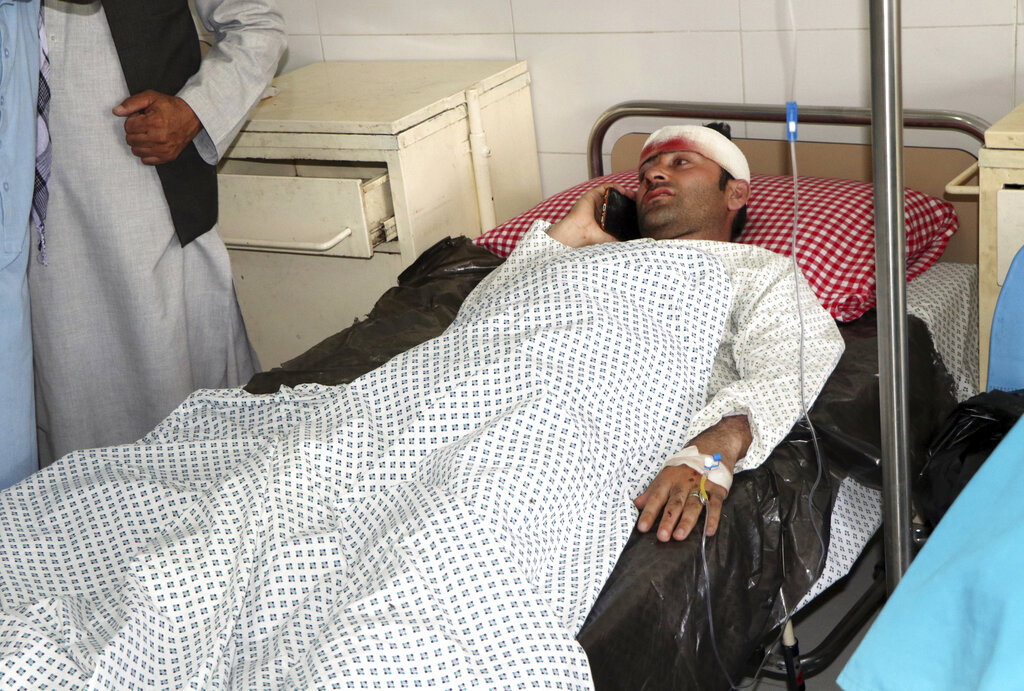 An Afghan man lies at a hospital after a roadside bomb struck a minivan full of university lecturers and students in Kapisa province northern of Kabul, Afghanistan, Saturday, May 29, 2021. (Photo: AP)

Interior ministry spokesman Tariq Arian said the minivan was targeted while travelling to bring the group to Alberoni University. Provincial police spokesman Shayeq Shoresh said the bomb was set off by remote control.

No one immediately claimed responsibility for the attack. Previous deadly attacks on Kabul university in November last year were claimed by the Islamic State group.

Large swaths of war-ravaged Afghanistan have been littered with bombs and land mines. Many have been planted by insurgents to target military convoys, but they often kill civilians instead.