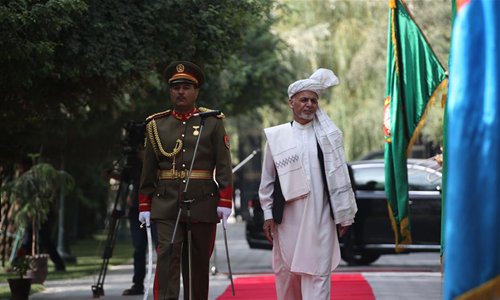 Afghan President Mohammad Ashraf Ghani on Sunday called for the end of war and the return of viable peace in his militancy-battered country.

Addressing the nation after performing Eid al-Adha prayer in Presidential Palace, the Afghan leader stated that "Afghans want to embrace lasting and national peace" that could ensure the honor and dignity of the people of Afghanistan.

During Eid al-Adha, the largest annual religious festival observed Sunday, faithful Afghans offered their prayers amid tight security in Kabul and other cities and so far no unpleasant incident has been reported.

Ghani also noted that holding presidential election is essential and the government has taken all preparations for the polling scheduled for Sept. 28.

The Afghan president also called for Afghan-led and Afghan-owned peace talks, emphasizing that no talks could deliver result in the absence of Afghan government's delegation.