"In the name of Allah, my reason for coming to vote is that not voting is not the solution for Afghanistan. And even though there are lot of threats and a lot of cheating, not voting is not the solution," said Mohammed Rahman Nazari after casting his vote at a Kabul polling station on Saturday, his index finger dyed purple to prevent a repeat vote. 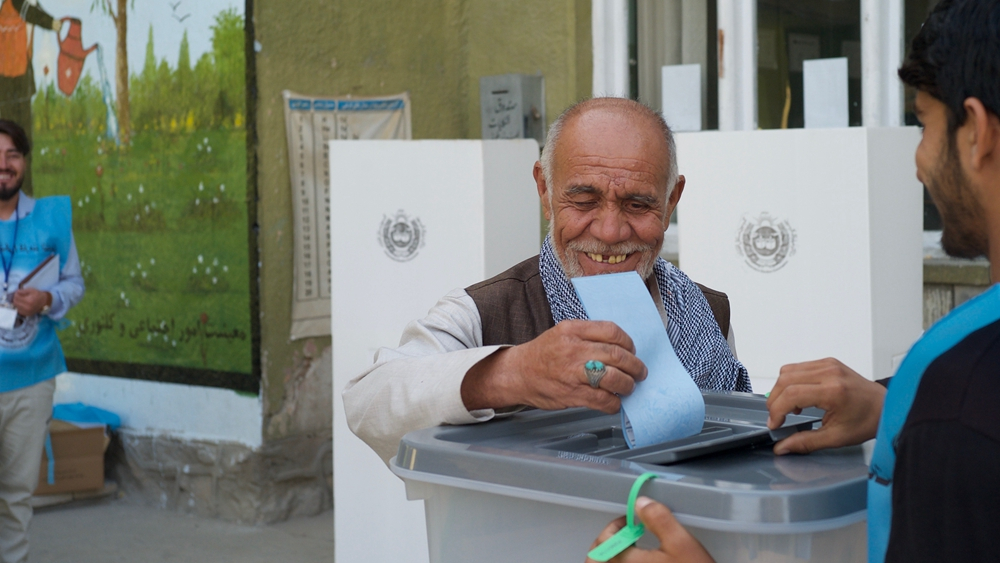 A Kabul resident casts his vote at a polling station at the Afghan presidential election in Kabul, Afghanistan, September 28, 2019. (Photos: CGTN)

Many Afghans, like Mohammed, braved the threat of Taliban attacks on Saturday to vote in their fourth presidential election since the fall of the Taliban.

The election came after the breakdown in peace talks between Washington and the Taliban earlier this month.

Some Afghans wanted the elections delayed until a peace deal with the Taliban was in place. Others saw the election as a crucial component in the peace process.

"If we don't have an election, if we don't have a legitimate government, who are we going to make a peace deal with?" said businessman Khalid Naziri, who spent 30 years in the United States before returning home to help rebuild his country.

"Millions of people have died to do this," he said, raising his ink dyed finger in front of his face. "We got it so we should do it."

A sentiment echoed by presidential candidate Mohammad Ibrahim Alokozay, who dropped out of the race days before the vote, but called on citizens to brave the attacks as he dropped his ballot paper into a transparent plastic tub. 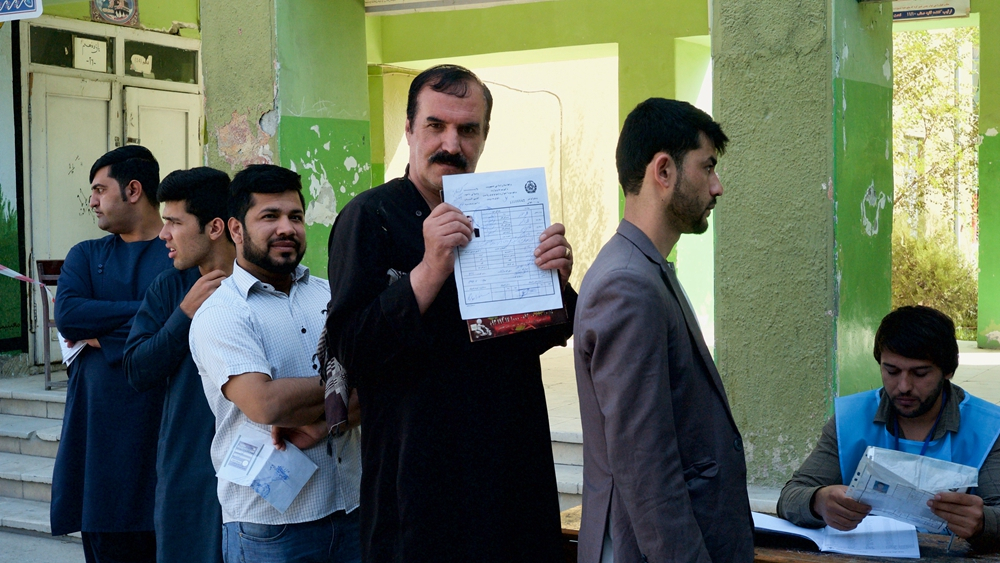 A Kabul resident holds his voter registration documents at a polling station at the Afghan presidential election in Kabul, Afghanistan, September 28, 2019.

Despite the call, Afghanistan's Independent Election Commission says turnout appears to have been low, though the final count will take days.

More than 70,000 security personal deployed around the country reportedly prevented at least five significant attacks, though at least three people were killed and 37 injured in small scale assaults on polling stations, of which almost 450 remained closed due to security fears.

Biometric devices that recorded fingerprints and profile pictures were used for the first time to try to prevent the allegations of widespread fraud that marred recent parliamentary elections.

Almost 140,000 local and international observers were on hand to observe the casting of votes and transfer of ballot boxes.

A local journalist braves the threat of Taliban attacks to cover the ballot at a polling station at the Afghan presidential election in Kabul, Afghanistan, September 28, 2019.

For a single candidate to secure a majority, the candidate will need 51 percent of the vote, otherwise a second-round will be held between the two leading candidates as late as November.

Fourteen candidates remained in the race as the ballots were cast, with incumbent President Ashraf Ghani and his former deputy Abdullah Abdullah favored to win, according to some analysts' prediction.

If a clear winner emerges, Ghani is expected to play a central role in trying to end the conflict by helping restart peace talks with the Taliban.