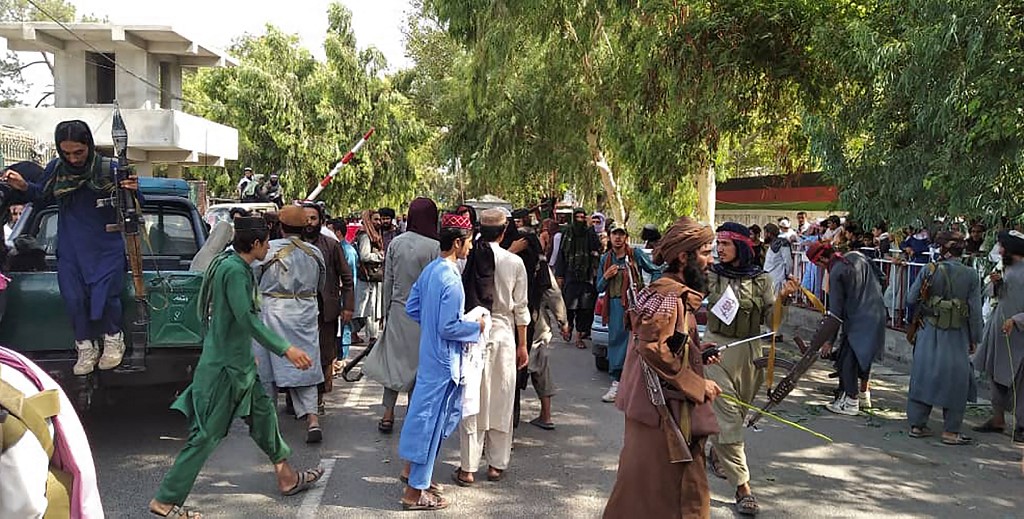 Taliban fighters and local people are pictured along the street in Jalalabad province on August 15, 2021. (Photo: AFP)

No attack has taken place in Kabul, the country's security and defense forces and international partners are providing security for Kabul city, an official said on social media.