Afghan President Ashraf Ghani and rival Abdullah Abdullah are close to resolving a standoff over last year's disputed presidential election that has threatened a U.S.-brokered peace process, the two  sides said on Saturday.

The feud culminated in both men declaring themselves president at parallel inauguration ceremonies in March.

A draft deal had been finalized that included proposals that Abdullah lead a high council for peace talks and have a half-share in government appointments, Fraidoon Khwazoon, a spokesman for Abdullah, said.

"In principle an agreement is reached but there are a few things that need to be finalized. We believe they are not big obstacles and will be solved," Khwazoon said.

The dispute has sparked fears among many, including the United States, that the split was undermining momentum in peace talks with Islamist Taliban insurgents.

Ghani's spokesman Sediq Sediqi said on Twitter late on Friday that there had been progress in resolving the dispute.

"Progress has been made in the ongoing negotiations and discussions on important political issues and matters to resolve them politically," Sediqi said.

Both sides have been under international pressure to strike a deal. U.S. Secretary of State Mike Pompeo flew to Afghanistan in March for a one-day visit to try to broker an arrangement even as most travel was halted due to the coronavirus pandemic. 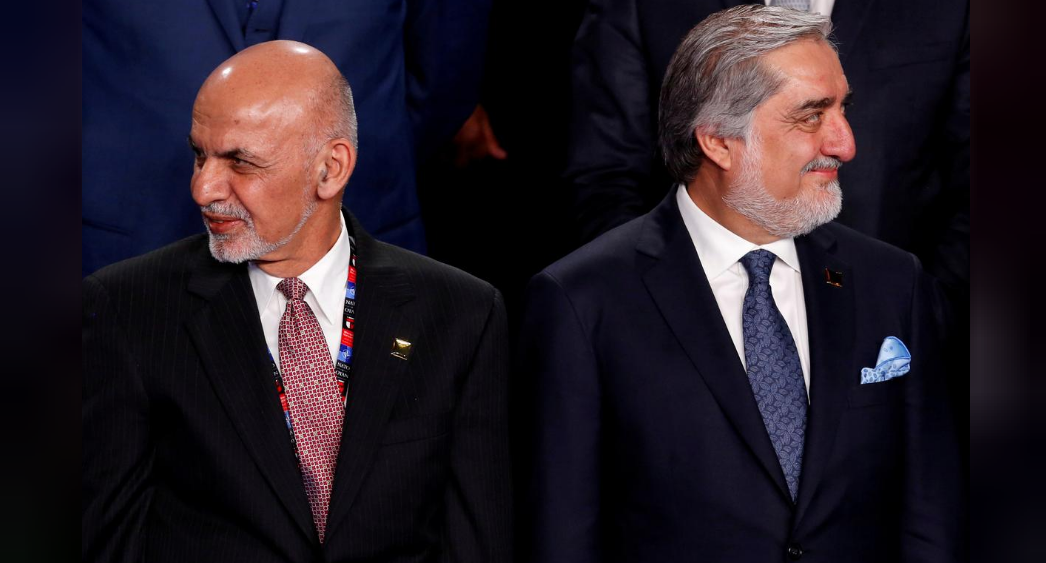 "We have told both sides to firm up a deal this week. If not, then aid could be hit badly in this time," a senior Western diplomat said on Saturday.

Spokesmen for the U.S. Embassy in Kabul and for Ghani declined to comment. A spokesman for Abdullah said donors had emphasized they should solve the issue but they had not been given a deadline for such a resolution.

Pompeo had announced a reduction of one billion U.S. dollars in aid and threatened to slash the same amount next year to try to force Abdullah and Ghani to end their feud.

The U.S. military in Afghanistan Saturday urged warring parties to "return to the political path" in a rare open letter to the Taliban as a surge in violence risks shattering a hoped-for peace process.

After nearly 20 years of fighting the Taliban, the United States is looking for a way to extricate itself and to achieve peace between the U.S.-backed government and the militant group.

The United States and the Taliban signed a pact on February 29 that was designed to pave the way for peace talks between the militant group and the Afghan government. 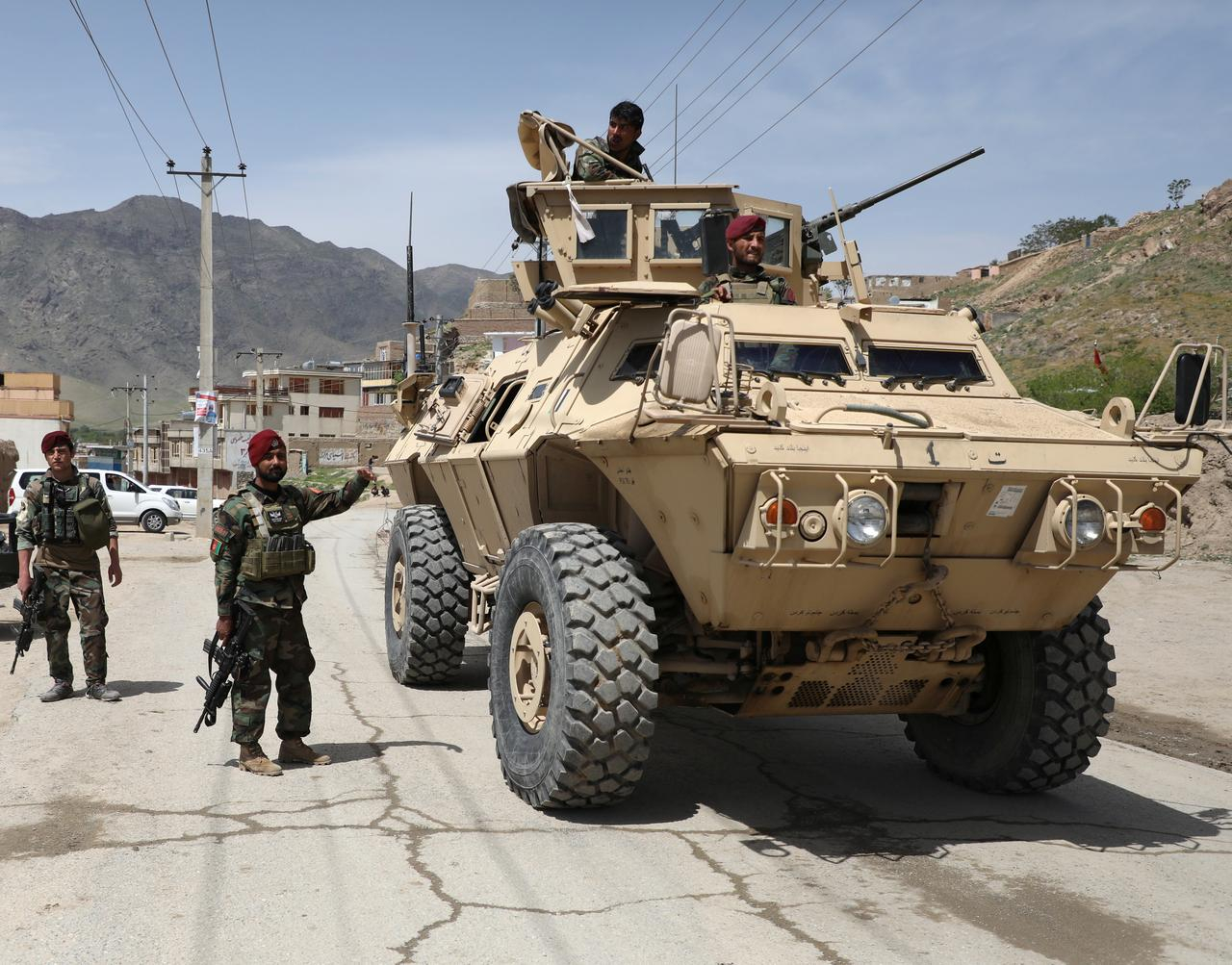 But formal talks have not started because of the political feud as well as an escalation in violence by the Taliban since the deal was reached and disagreements over a prisoner swap. The Afghan government worries about releasing hard-line Taliban members would enable them to return to the front lines.

In a two-page letter to the Taliban, U.S. Forces-Afghanistan spokesman Colonel Sonny Leggett said "all sides" must show restraint to prevent further bloodshed.

"If the violence cannot be reduced then yes, there will be responses," Leggett wrote in a letter to Taliban spokesman Zabihullah Mujahid.

"All sides must also return to the political path... Afghans should sit down now and begin talking about the future of Afghanistan together."

While the Taliban have refrained from hitting coalition forces and cities, they returned to the battlefield the moment the deal was signed and have been unleashing an average of 55 attacks a day on Afghan government forces, according to Afghan officials. 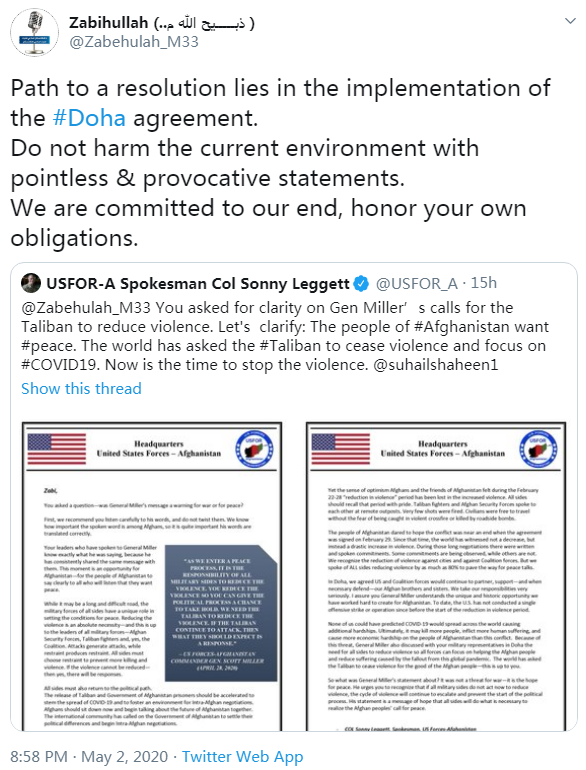 Screenshot of a tweet by Taliban spokesman Zabihullah Mujahid.

In a short response to Leggett's letter, Mujahid scolded the U.S. for making "provocative statements."

"We are committed to our end, honour your own obligations," Mujahid wrote on Twitter.

(With inputs from Reuters and AFP)