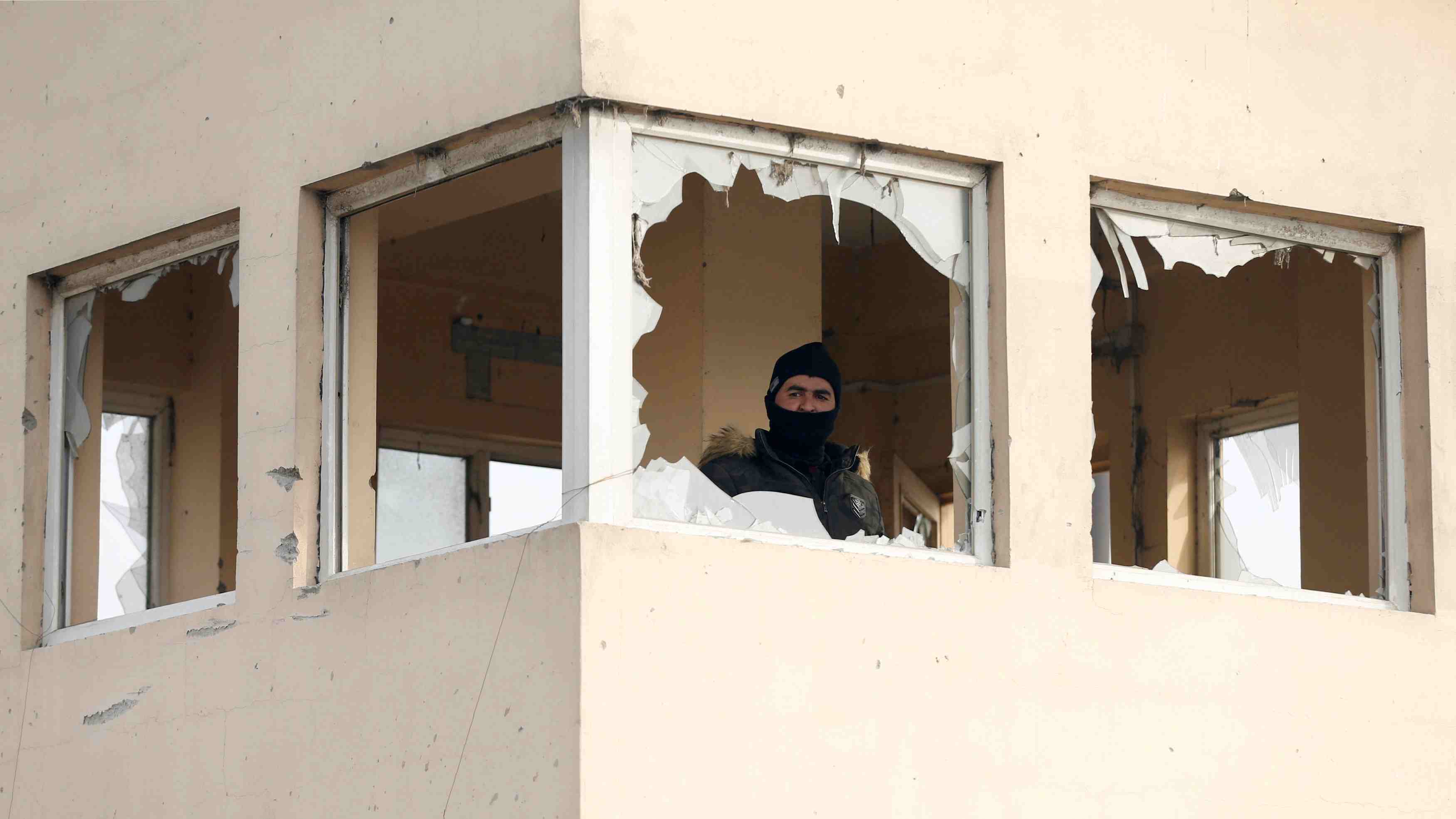 The Afghan Taliban claimed responsibility on Tuesday for a car bomb attack near a heavily fortified foreign compound in Kabul that killed five people, including an Indian national.

The bombing sparked international condemnation as efforts increase to strike a peace deal with the Islamic insurgents to end more than 17 years of war.

More than 110 people were wounded in the blast near the Green Village compound, which houses several international companies and charities, in eastern Kabul.

Taliban spokesman Zabihullah Mujahid said the militants were responsible for the attack in which he claimed dozens of foreign and Afghan security forces were killed and wounded.

“Five attackers, including the suicide bomber driving an explosives-laden vehicle, were involved,” Mujahid said in a statement.

The Taliban often inflate casualty figures in attacks against government or foreign targets.

Four dead announced by the government were all security guards. “Many blast walls collapsed and the complex has been damaged,” said a senior interior ministry official.

India's foreign ministry said in a statement that an Indian national had also been killed.

“India calls for the perpetrators of this heinous attack and those who provide them shelter to be brought to justice expeditiously,” the foreign ministry said.

Germany's Foreign Ministry said in a tweet that German policemen were also “slightly injured” in the blast. The ministry did not give details.

The attack came as Zalmay Khalilzad, the U.S. special peace envoy for Afghanistan, tours the region for meetings aimed at securing peace.

Fighting has not subsided even as the talks intensify, with the Taliban and other insurgent groups carrying out near daily attacks, mainly targeting security forces and government officials. Civilians, however, almost invariably bear the brunt of the violence.

“The Taliban must stop continuing to use violence against their own people and come to the negotiating table,” said Patrick Andrews, NATO'S deputy senior civilian representative.

Qatar, home to the Taliban's political headquarters, joined international criticism of the attack. Its possible role as host nation to what would be the fourth round of U.S.-Taliban peace talks has become a point of contention.

Saudi Arabia and the United Arab Emirates would boycott the talks if they were held in Qatar, diplomatic sources said, having severed ties with its government in 2017, alleging it funded militants and had close ties to Iran.

Taliban sources on Tuesday said regional powers had created their own alliances to pursue the peace talks.

On one side, they said, were Pakistan, Saudi Arabia and the United Arab Emirates and on the other, Iran, Russia and Qatar.

“Iran and Qatar are supporting Taliban's way but Pakistan and Saudi Arabia are saying what the Afghan government and the U.S. want,” a Taliban official said on condition of anonymity.

The Taliban, seeking to restore strict Islamic rule after their 2001 ouster at the hands of U.S.-led forces, have ruled out talking to the Afghan government, dismissing it as a puppet of the United States.