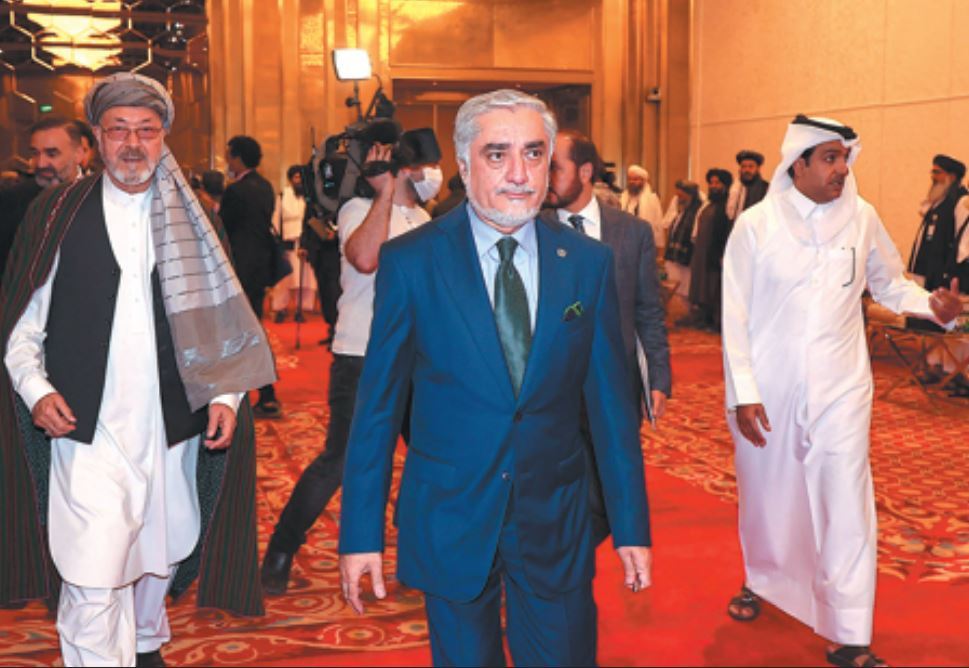 A session of the peace talks between the Afghan government (picture on left), and a delegation of the Taliban in Qatar's capital Doha, on Saturday. (Photo: Agencies)

A moment of great challenge as well as opportunity was dawning for Afghanistan and the region over the weekend as government representatives held talks with the Taliban in Qatar despite raging battles at home.

The head of the Afghan delegation Abdullah Abdullah said in Doha, capital of Qatar, on Saturday that there is still a chance for peace despite heavy fighting. Peace acceptable to all can and should only be achieved around a negotiating table, said Abdullah, head of the High Council for National Reconciliation. Former president Hamid Karzai is also in the government delegation.

The new Doha talks are a positive development, said Amina Khan, director of the Centre for Afghanistan, Middle East and Africa at the Institute of Strategic Studies in Islamabad. "Let's hope that both parties can agree to a workable compromise."

Najia Anwari, a spokeswoman for the Afghan government negotiating team, said: "The high-level delegation is here to talk to both sides, guide them and support the negotiating team in terms of speeding up the talks and have progress."

However, fighting seemed to have escalated on the first day of their talks on Saturday. At least 53 Taliban militants were killed and 38 others wounded in airstrikes and battles in eastern Kapisa province, near the capital of southern Helmand province and in northern Balkh province, the Afghan Ministry of Defense said on Sunday.

The Taliban have said they have gained ground recently. According to an Afghan government official, Nader Nadery, since the start of the pullout of US-led forces from Afghanistan in early May, the Taliban have captured 116 districts but have failed to overrun any big city in the country. 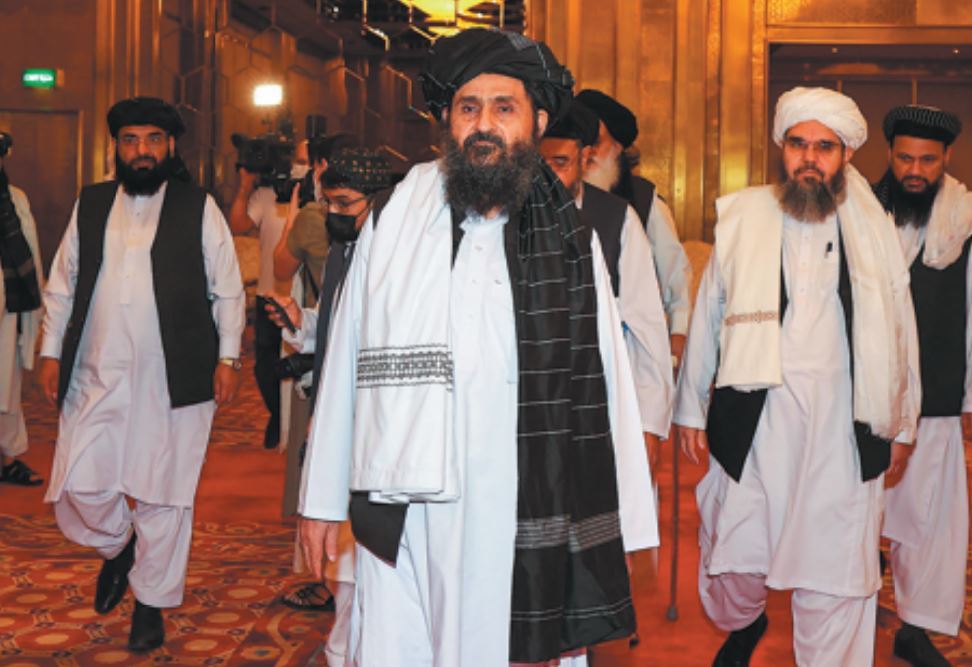 A session of the peace talks between the Afghan government (picture on left), and a delegation of the Taliban in Qatar's capital Doha, on Saturday.(Photo: Agencies)

Since talks between the government and the Taliban began early last month, neighboring countries have been working to promote intra-Afghan reconciliation. China has emphasized the "Afghan-led, Afghan-owned" principle, and supported reconciliation and reconstruction.

Salman Bashir, former foreign secretary of Pakistan and a former ambassador to China, said Afghanistan can be stable and peaceful and become a hub for economic and trade activity, thus becoming a new pivot for regional connectivity.

The Taliban have shown less inclination recently to reach accommodation with the Kabul government, he said. "The Taliban are also active on the diplomatic front and are engaging with regional countries, notably Russia and Iran."

The trilateral foreign ministers' meeting between China, Afghanistan and Pakistan is an important platform for advancing collaboration. Moreover, to gain goodwill the United States should promote a development agenda for Afghanistan, Bashir said.

The US withdrawal from Afghanistan is "very irresponsible and hasty", and should be done in "a more measured and responsible way", Khan said.

The withdrawal should have been done when there was some kind of stability in Afghanistan, she said, which primarily means fulfilling certain aspects of the US-Taliban agreement and negotiated settlements between both parties.

"The US has conveniently just decided to leave. So I think it is leaving behind major issues that the region unfortunately has to deal with."

However, there is still time to salvage the situation, she said. The US should put pressure on both sides to deliver and push toward a negotiated settlement, she said.