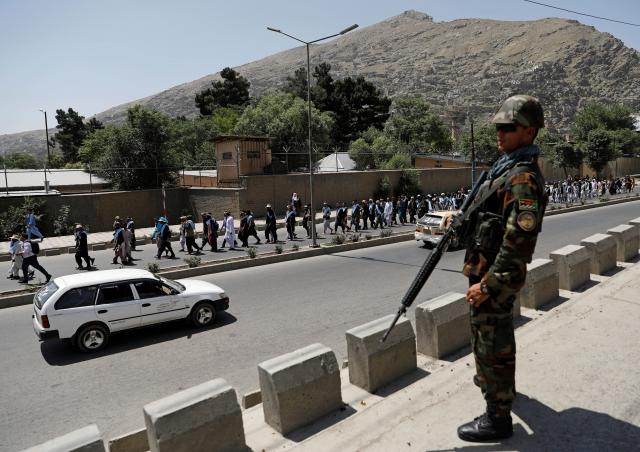 According to Nuri, the armed insurgents targeted a security checkpoint in Sultan Bagh area of Andar district, took the military personnel to an unknown location.

Taliban militants have also attacked security checkpoints in Miwand, Maroof and Mianshin districts of southern Kandahar province in the wee hours of Monday but no report has been released on casualties.

The Afghan government announced a ceasefire from June 12 to June 19 to encourage the Taliban to join the national reconciliation process.

Reciprocating the step, the armed group declared a three-day truce from the first day of Eid-ul-Fitr on Friday to Sunday. Hundreds of thousands of Taliban militants celebrated the Eid festival with government forces in villages, towns and cities, including the capital city Kabul, as a peaceful gesture.

An Afghan Security Council meeting chaired by President Ashraf Ghani on Sunday extended the ceasefire for another 10 days.

However, the Taliban outfit has refused to extend the truce. In an online statement released Sunday night, Taliban asked its fighters to resume fighting against Afghan and foreign forces in Afghanistan.