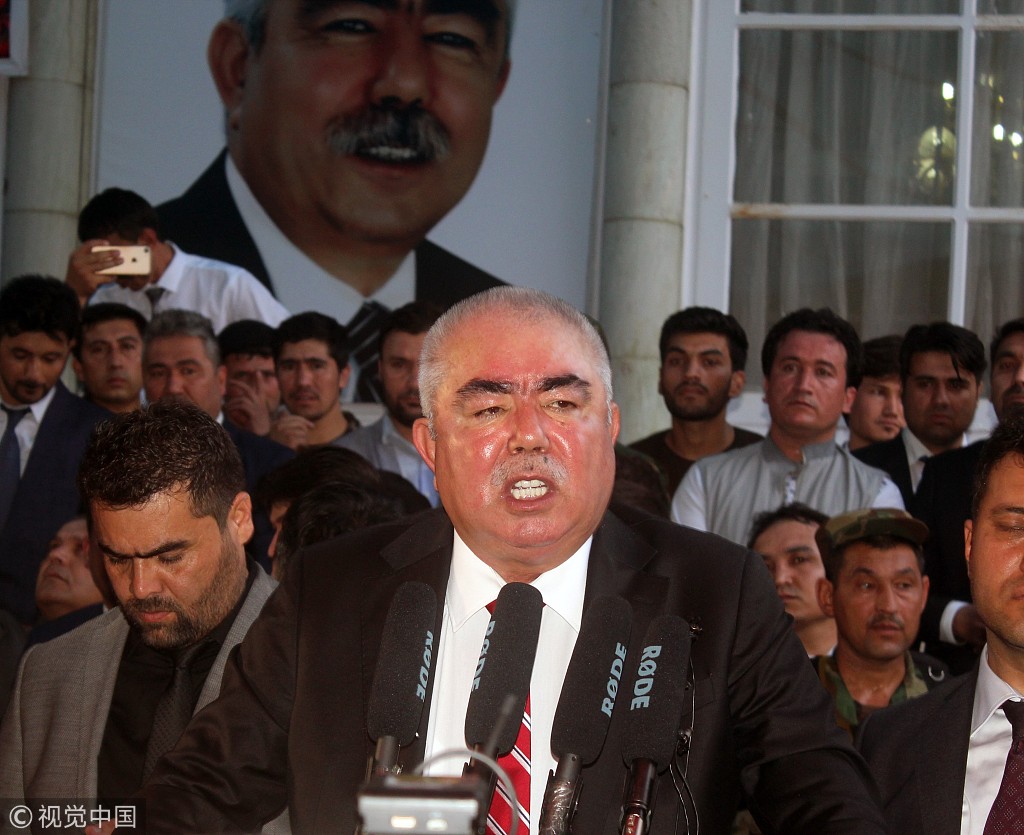 Being warmly welcomed by his supporters and government officials at Kabul international airport, Dostum, who is also leader of the National Islamic Movement of Afghanistan, in his speech called upon people to participate in the upcoming parliamentary elections slated for October 20.

The return of Dostum to his home country and assuming office again are taking place in the wake of peaceful demonstrations of his supporters after the arrest of Dostum's aide Nizamudin Qisari early July.

The demonstrations continued for more than two weeks and caused road blockades and closure of government offices in some northern provinces.

In his address, Dostum also called upon his supporters to "halt demonstrations from today and reopen all the roads, ports, schools and government offices" to allow people to resume their business activities and lead their daily lives smoothly.

Dostum said that he has recovered and is in good health.

A spokesman for Presidential Palace has also said that Dostum had recovered.

However, Dostum's return to Kabul was marred by a terrorist attack as a suicide bomber obviously attempted to target Dostum's motorcade but missed the target.

Up to 11 people have been confirmed dead and at least 14 others injured in the suicide attack on the road to Kabul international airport on Sunday afternoon. All the victims are civilians and police personnel, police spokesman Hashmat Stanikzai said.