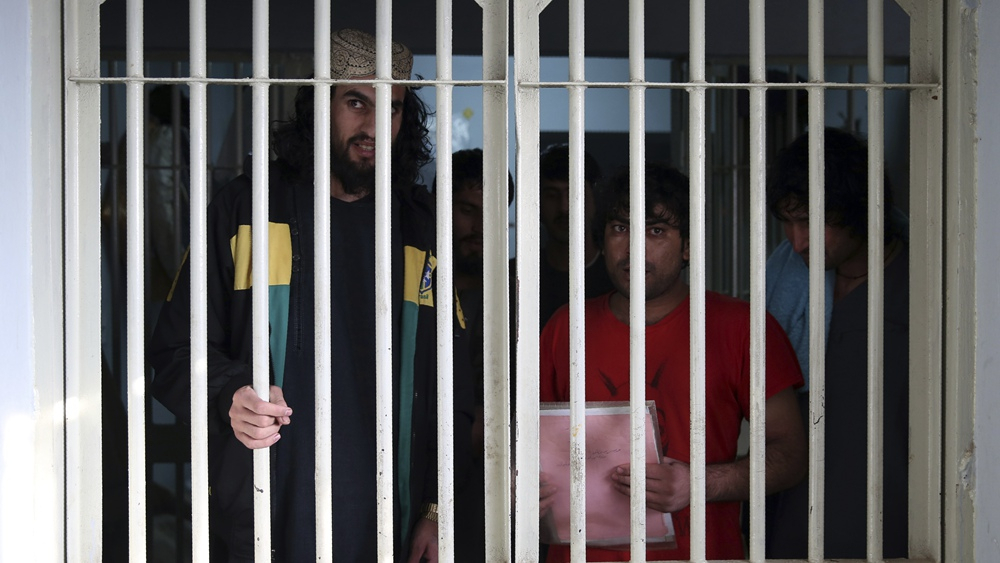 Afghanistan on Thursday began the process of releasing 100 Taliban Islamist militants from jail in a prisoner swap for 20 of its security forces, a senior security official and a Taliban representative said.

It is the first step toward freeing 6,000 prisoners held by the Afghan government and the insurgent group. The agreement is part of a number of confidence-building measures to give teeth to the peace deal signed between the United States and the Taliban to end nearly two decades of war.

"It was decided in the morning that 100 Taliban should be released in exchange for 20 members of Afghan security forces today," said a senior official in the office of President Ashraf Ghani.

The names of those to be released had been sent to prison authorities, said the official, who sought anonymity because he had not been authorized to speak to the media.

The Taliban said the swap would begin this week as teams from the warring sides work out technical details and logistics for receiving prisoners amid a coronavirus pandemic.

"The technical issues require some time," said Zabihullah Mujahid, a Taliban spokesman. "I think the release of 100 Taliban fighters and 20 Afghan security force members will happen either tomorrow or the day after."

Both sides confirmed the Taliban prisoners are to be released at the Bagram military base north of the capital, Kabul. But the site for the release of the Afghan security forces has yet to be firmed up.

Representatives of the Afghan government and the Taliban held talks in Kabul on Tuesday and Wednesday for the first time to discuss the prisoner swap.

It was the first time the hardline Islamists had been invited to the Afghan capital to meet directly with government officials since they were toppled in the U.S.-led invasion of 2001. The two sides had previously spoken in a video conference to discuss the prisoner issue.

The teams met in the Serena Hotel, a luxury facility in central Kabul that has been the scene of several Taliban-claimed attacks during the 18-year-old war.

Washington signed a deal with the Taliban in late February that promised the withdrawal of U.S. and foreign troops from Afghanistan by July next year, provided the Taliban start talks with Kabul and adhere to other guarantees.

The deal required the Afghan government – which was not a signatory to the accord – to free 5,000 Taliban prisoners, and for the insurgents to release 1,000 pro-government captives in return.

The swap was supposed to have taken place by March 10, at which point peace talks between the Taliban and the government were meant to have begun. But Kabul has been gripped by fresh political bickering and infighting, and the prisoner release was delayed.

The security situation has deteriorated, with a series of Taliban attacks killing at least 20 Afghan security force personnel on Sunday. And on Wednesday, a roadside bomb killed at least seven civilians, including six children in southern Helmand province. Authorities blamed the blast on the Taliban.

China has stressed that it welcomes the U.S-Taliban agreement and firmly supports the broad and inclusive peace and reconciliation process that is Afghan-led and Afghan-owned.

Foreign troops in Afghanistan should withdraw in an orderly and responsible way to ensure a smooth transition in the Afghan situation and avoid a security vacuum, which terrorist organizations may take advantage of, Chinese Foreign Ministry spokesperson Zhao Lijian said at a press briefing last month.