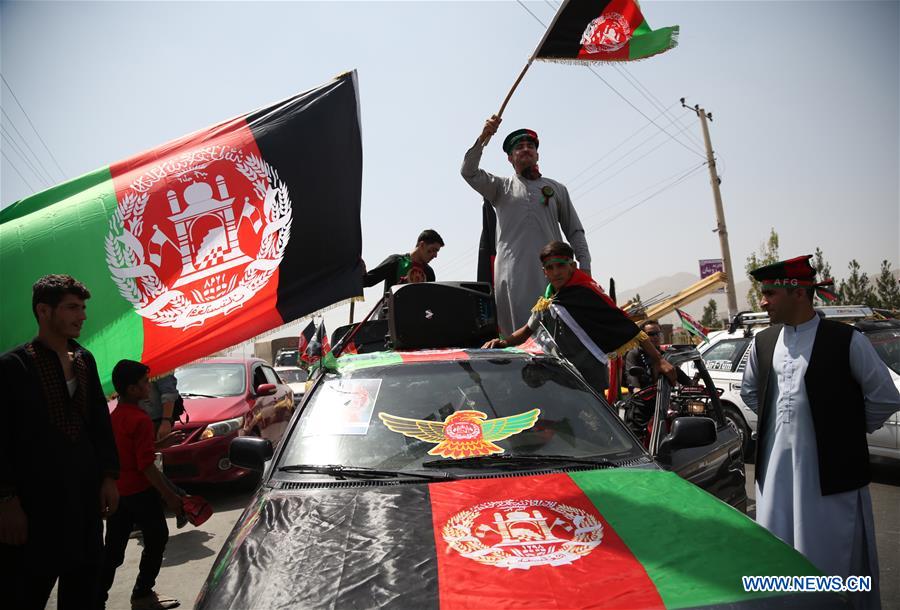 Afghanistan on Sunday marked the 99th anniversary of its independence from the British empire occupation amid deteriorating security situation.

Afghan President Ashraf Ghani laid a wreath at the Independence Minaret during an official celebration held Sunday morning inside the country's Defense Ministry compound after inspecting guards of honor.

The president paid tribute to security forces who have sacrificed their lives for stabilizing peace and security as the country, especially Kabul, has witnessed waves of terror attacks by the Islamic State (IS) outfit and Taliban insurgents over the past few months.

Earlier in the day, Afghan teenagers and youths marched by cars and bikes through the streets of Kabul while carrying national flags.

"As we are celebrating Independence Day Sunday, I am calling on Afghan politician to put an end to the political differences and get the country out of poverty," resident Azizullah told Xinhua.

"It is natural for all Afghans to think of their safety and security but we are suffering from bloody militancy and terrorist attacks in big cities and countryside. We want an end to this situation. We want a secure, prosperous and strong country," he added.

"Afghanistan's security must be the top priority. Afghanistan is capable of ensuring its own security and strong enough to defend against any threats against the country. I praised our strong security forces. But the politician and government must support the soldiers and police as they suffer from lack of supplies and food in far districts," another resident Mohammad Sijad told Xinhua.

Earlier on Sunday, two rounds of rockets were fired into eastern side of Kabul city, leaving no casualties or damage.

Afghan people under the leadership of then king Amanullah Khan regained independence from Britain on Aug. 19, 1919.