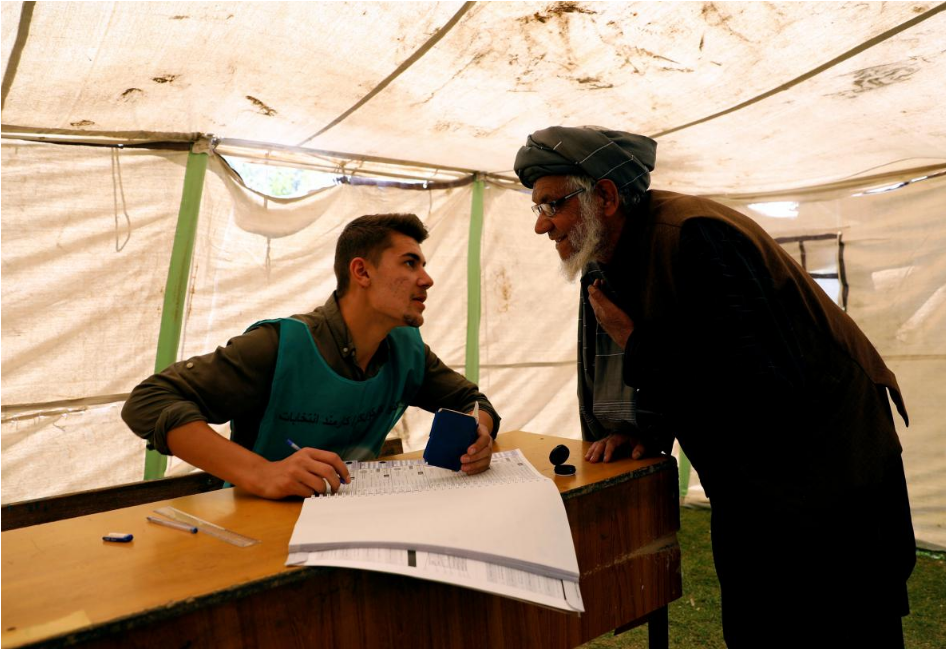 An Afghan man arrives at a voter registration centre to register for the upcoming parliamentary and district council elections in Kabul, Afghanistan April 23, 2018. ( Photo: Reuters)

Afghanistan launched the registration of candidates for parliamentary and district elections on Saturday, taking another step toward a long-delayed ballot that has been threatened by deadly attacks on voter registration centers.

Gula Jan Badi Sayad, head of the Independent Election Commission, told a news conference registration would be open for the next 12 days. Hundreds of candidates are expected to come forward.

The elections for the national parliament and district councils are due to be held on Oct. 20, more than three years after parliament’s original five-year term ended in 2015.

As well as giving the assembly a legal mandate to sit, they are seen as a dry run for a presidential election expected in 2019.

The elections have been strongly backed by Afghanistan’s international partners, which see them as a key test of democratic legitimacy, but they have faced a series of hurdles including technical problems, worries over voter fraud and major security concerns.

About 60 people were killed last month when a suicide bomber attacked a voter registration center in the capital Kabul and there have been a string of smaller incidents elsewhere.

Sayad said on Saturday that some 3.2 million people had registered to vote so far, still well short of the potential electorate of 14 million but exceeding some forecasts that the violence would halt the registration process entirely.