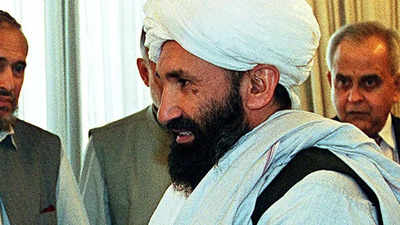 During the meeting held in Afghanistan's Presidential Palace, the two sides discussed bilateral relations, humanitarian assistance, Afghanistan's future economic development and the international engagement with the Islamic Emirate of Afghanistan, the agency reported.

According to the report, Hassan Akhund thanked Qatar for its assistance to the people of Afghanistan, stressing that the Qatari people had helped Afghans in embracing peace and stability and stood alongside Afghans during difficult situations.

The talks also touched upon the importance of international aid to Afghanistan.

The Qatari foreign minister hoped that Afghanistan and Qatar "would have good relations in the future," the report said.

The visit came days after the Taliban announced a caretaker government in Afghanistan on Sept. 7.