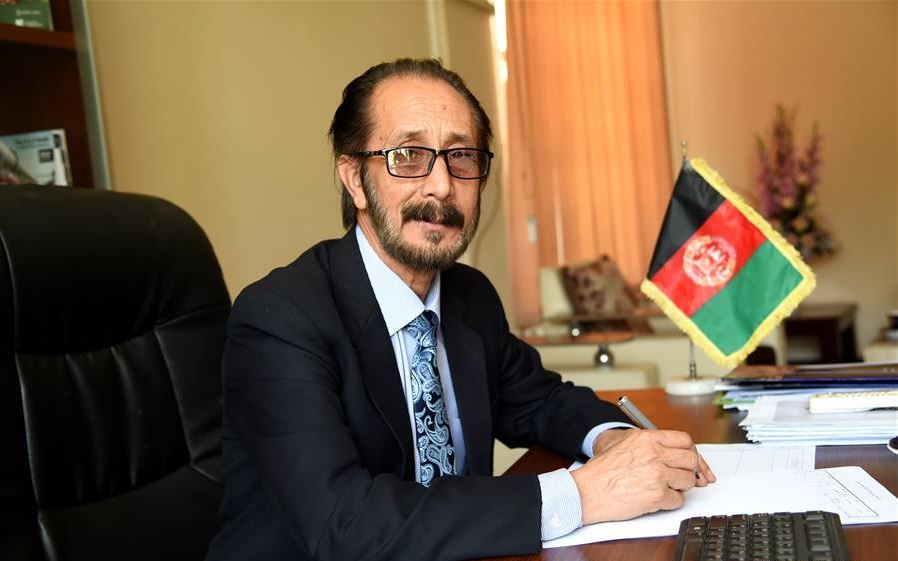 KABUL, Aug. 28 (Xinhua) -- The chief of the Afghanistan National Archives sees diplomatic and trade relations between Afghanistan and China improving but has emphasized the point that Afghans are looking for the further promotion of cultural and educational ties.

Introducing the Afghan archives, Rahbin said that the entity was officially opened in 1977 during the government of Mohammad Daud Khan, Afghanistan's first president, and the National Archives of Afghanistan has now become home to tens of thousands of historical manuscripts and documents.

More than 130,000 historical manuscripts spanning culture, literature and religion, various copies of The Quran, as well as documents and protocols signed between Afghanistan and some neighboring countries, including four with China, are in the archives, Rahbin said.

Photographs, newspapers, various Quran books from the Durrani period, old currency, as well as both original and copies of many important documents are displayed for visitors, including the treaty signed between Afghanistan and the British Empire in 1919, under which Afghanistan was given complete independence and another important letter, written by Timur, dating back to the 14th Century.

The building's interior design with its beautiful painted ceiling and carved woodwork is as praiseworthy as the archives' contents.

The structure was originally built by Amir Abdul Rahman Khan for his son and successor Amir Habibullah in 1892.

As is known regionally, the National Archives of Afghanistan also preserves some of the oldest historical manuscripts like the one dating back to the 1st AD and a holy Quran manuscript ascribed to Ottoman and Ali, the third and fourth Islamic caliphs, said Rahbin, who is also poet with 20 works published.

"Among the contracts signed with China, is a regionally valid agriculture scheme (Parwan Water-Supply), known as Parwan Project among the locals which irrigates wide areas of the province north of Kabul."

"We received the copy of the contract after approval from the country's National Assembly," the official said.

Despite several decades of devastating civil war and trafficking of numerous ancient relics from Afghanistan to other world countries, the archives remained intact. "Fortunately, the National Archives of Afghanistan is the only government-run institution that remained intact and safe from any kind of robbery and larceny, during civil conflicts."

Ordinary people, researchers and students are not visiting the still-war-affected country's archives as much as before and the institution has yet to generate any revenue.

According to the official, usually around 100 people, many of them students, visit the archives on a daily basis.

Rahbin who said he has never been to China, even during his tenure as Director of the Afghanistan National Archives, is expected to visit Chinese museums to understand which documents about his country are there.

"Farsi (an Afghan official language) was spoken widely in Kashgar and Tibet and even some itineraries and songs played in the Chinese ships were sung in Farsi, highlighting the two countries' close cultural relations."

"And considering one of the most valid contracts signed with China was in 1969, both Afghan and Chinese sides need to visit each other's archives to get information about both sides' cultural documents," said Rahbin.

The National Archives of Afghanistan is housed in its own century building, located on the main road in the Salang Watt in Deh Afghanan neighborhood, in central Kabul.

Commenting on relations between China and Afghanistan, the official went on to say that business and trade relations had been improved between Afghanistan and China within the past decade, but Afghans hope for more promotion between two countries in cultural and educational fields.