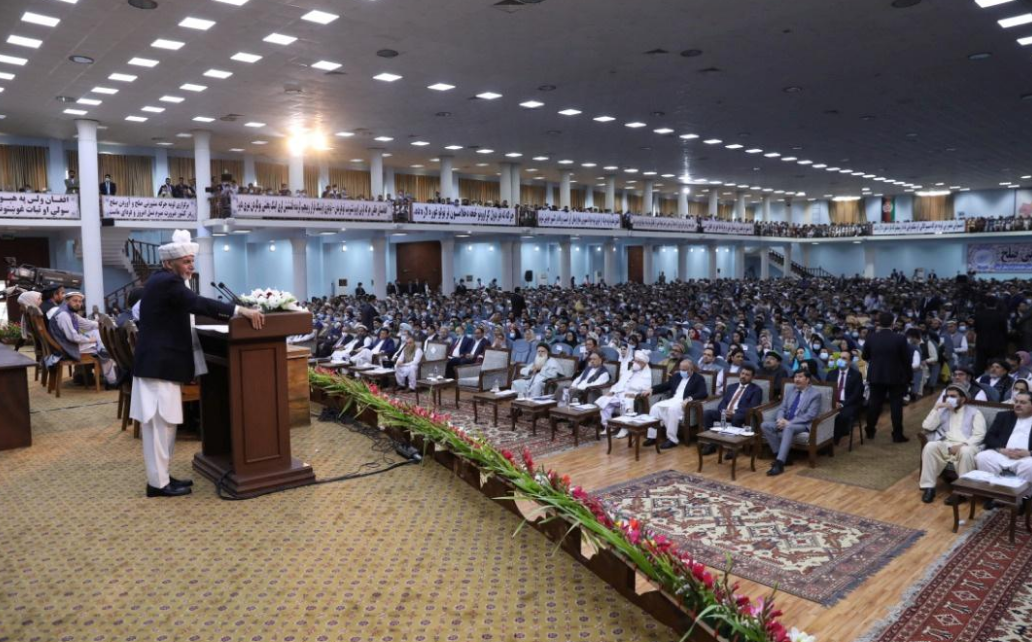 Both Kabul and the Taliban pledged in a February pact to complete a prisoner exchange before the intra-Afghan talks can begin. So far, Kabul has already freed 4,600 insurgents. With the upcoming release, Kabul will fulfill its pledge that a total of 5,000 Taliban fighters will be released and meet the conditions that the Taliban have set for entering talks.

"The Taliban have said that if the 400 prisoners are released the direct talks between our negotiating team and the Taliban will start three days later," Ghani said in his pitch to the assembly delegates before Sunday's decision was reached. "In the meantime, they have threatened that if they are not released, not only they will continue their war and violence but they will escalate it."

The U.S. State Department also released a statement Thursday urging the participants to remove "the last obstacle to the start of intra-Afghan negotiations." In reassuring participants of the assembly, it said: "Following the timely release of these prisoners, the Taliban have committed to enter talks with the national team representing the strength and diversity of the Islamic Republic of Afghanistan."

Though the action did gain approval from the large consultative body, its delegates appear to believe that because of the persistent U.S. pressure, the Afghan government already made up its mind and was set to free the Taliban captures. According to the New York Times, many participants said convening the assembly was Ghani's way to share his political responsibility, while some representatives also complained that they were asked of their recommendations on the issue without being offered details of what the prisoners were accused or convicted of.

The Afghan government's previous reluctance to free the 400 remaining insurgents, who were all demanded to be released by the Taliban, was given official reasons such as the severity of the crimes they have committed and the government's ineligibility to offer forgiveness on behalf of foreign victims' families. However, being uncooperative on the matter was believed to be more of a maneuver that Ghani has deployed to show his decisions are unconstrained by both Taliban violence and U.S. pressure, a posture he feel compelled to make as the U.S. rush to peace has deeply undermined the Afghan government.

The Trump administration, eager to bring all Afghan-stationed soldiers home, has hastened to accelerate the peace process. On Saturday, Defense Secretary Mark Esper said that by the end of November the number of U.S. troops in Afghanistan will be cut to less than 5,000. This comes amid a phased withdrawal that has begun after the February agreement and has already brought the U.S. troops' number down to 8,600 from over 13,000.

As U.S. troops are being gradually pulled out of Afghanistan, Ghani is losing his leverage over the peace process. For him, further delaying the release may risk witnessing the entire withdrawal of U.S. forces before actually sitting down with the Taliban.

The expected negotiations between Kabul and the Taliban has not yet been scheduled, but diplomats and officials believe it will take place next week in Doha.

Despite a peace prospect on the horizon, violence in Afghanistan has not abated. Taliban militants have continued to stage major attacks on government personnel and civilians are still bearing the brunt of the decade-long conflict. In the first six months of 2020, over 880 security incidents have taken place and more than 1,200 civilians have been killed in the country.

Ahead of the Loya Jirga, Human Rights Watch cautioned that many of the prisoners had been jailed under "overly broad terrorism laws that provide for indefinite preventive detention".