KABUL, July 21 (Xinhua) -- War-weary Afghans celebrated the Muslims' annual religious festival Eid al-Adha on Tuesday amid hope and frustration as fighting escalated and the Taliban outfit has expanded its grip in the conflict-battered country. 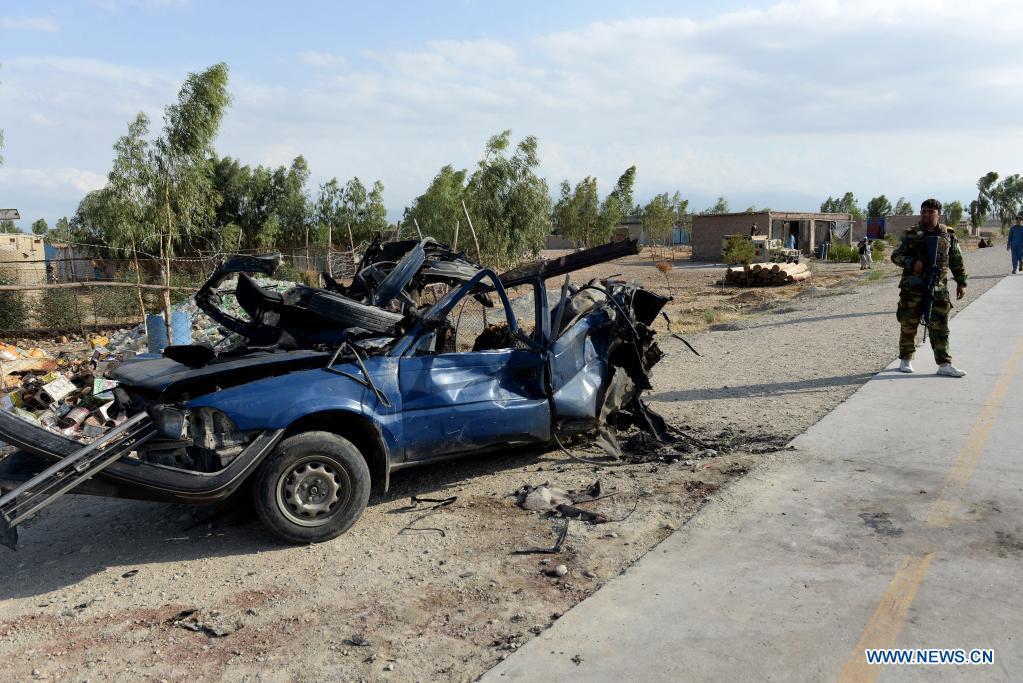 Photo taken on July 21, 2021 shows a damaged vehicle at the site of a bomb explosion in Khogiani district of Nangarhar province, Afghanistan. (Photo: Xinhua)

Afghans offered the Eid al-Adha prayer amid tight security on Tuesday morning and the three-day religious festival will be over on Thursday evening.

Expressing hatred to the ongoing war, Afghans from all walks of life have been calling upon the warring sides to give up fighting and choose for peace and try their best to find amicable solution through negotiations to Afghanistan's lingering crisis.

At least four rockets fired by unknown militants slammed near the Presidential Palace and adjoining areas when President Mohammad Ashraf Ghani along with ranking officials were offering Eid al-Adha prayers amid tight security.

Taliban's rival group the hardliner Islamic State (IS) has reportedly claimed responsibility for missiles attacks that caused no loss of life.

"We have been fed up with war. My father was killed in the brutal war 22 years ago and I am afraid that the ongoing war would also claim my life one day," a Kabul resident Assadullah told Xinhua.

Lamenting the ongoing war as the source of miseries in Afghanistan, Assadullah, 31, whispered that the protracted war had destroyed the life of Afghans and made the country's future bleak.

"I have fed up with the every day war, killing and destruction. Enough is enough, let's work for peace, live in peace and tranquility," the depressed man muttered.

Denouncing the war and militancy, Assadullah said that the militants fired several missiles on the first day of Eid al-Adha and at least four dozen people have been killed and injured on Tuesday and Wednesday and who knows what would happen on Thursday, the last day of Eid al-Adha.

A mine blast, according to a local official Ataullah Khogiani, claimed six lives in Khogiani district of the eastern Nangarhar province on Wednesday. A roadside bomb struck a military vehicle in the northern Kunduz city, injuring two persons including a soldier.

A total of 40 injured persons including 33 civilians among those 11 children and four women have been taken to Mir Wais hospital in the southern Kandahar city over the past 24 hours as fighting continues in parts of Kandahar, a doctor of the hospital Daud Farhad confirmed.

Fighting in Afghanistan has increased since the start of pull-out of the U.S.-led forces from Afghanistan early May and the Taliban militants, according to security officials, have increased attacks to gain more grounds.

The intra-Afghan dialogue to find political solution initiated on Sept. 12 last year but so far no tangible progress has been reported.

In the last efforts to find political solution, the Afghan government and Taliban delegations had a two-day peace dialogue, which ended late Sunday without any significant progress except consensus on continuing the talks.

"The deadlock in peace talks, moving in snail pace towards ending the war and the Taliban advances towards districts to consolidate positions have disappointed us towards achieving peace through political means," said Azam Khan, a Kabul resident. Enditem 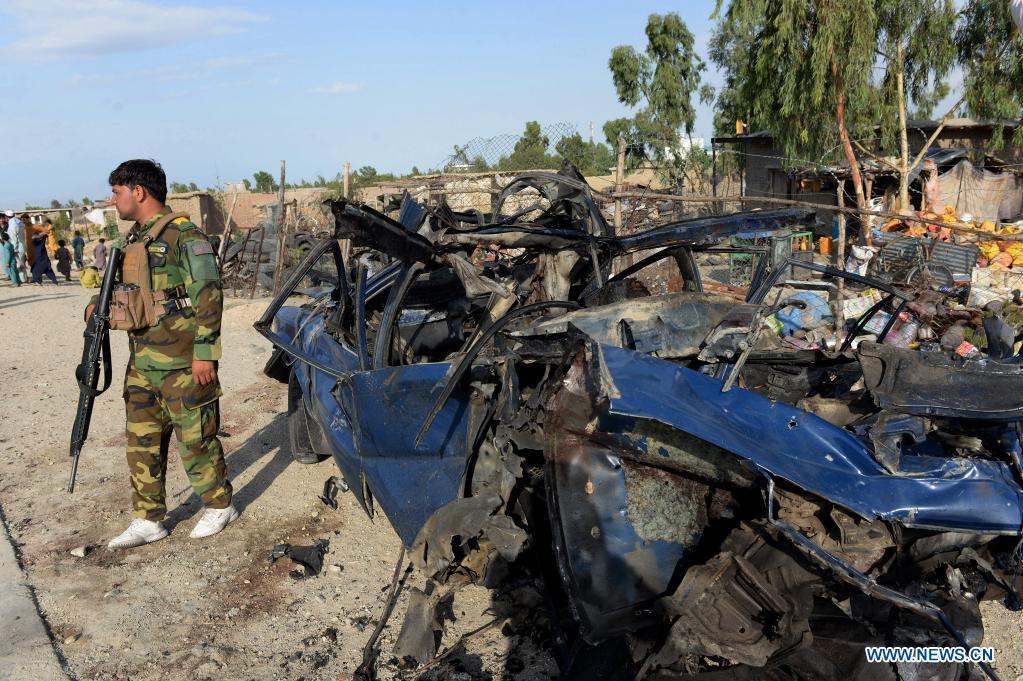 A soldier stands guard at the site of a bomb explosion in Khogiani district of Nangarhar province, Afghanistan, July 21, 2021.