Afghans risk their lives to vote in delayed Kandahar poll 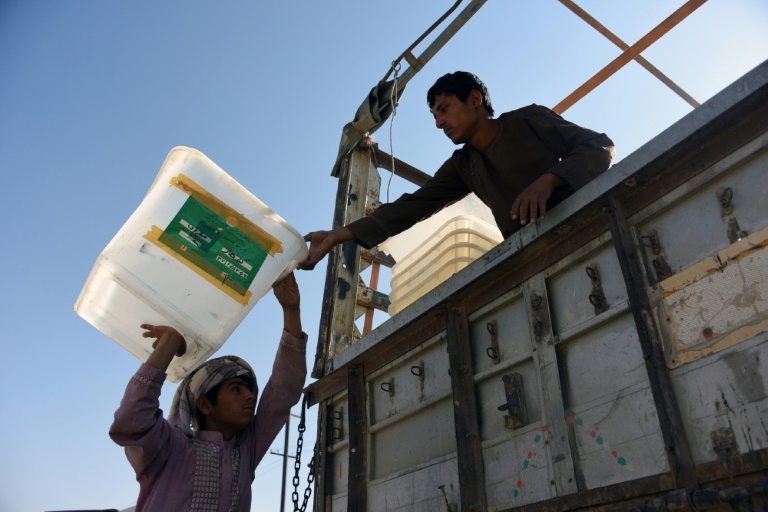 Kandahar city was blanketed with heavy security as voters prepared to cast their ballots.(Photo: AFP)

Afghans risked their lives to vote in legislative elections in southern Afghanistan on Saturday, after the Taliban-claimed killing of a powerful police chief delayed the ballot by a week.

Turbaned men and burqa-clad women stood in long, segregated queues outside polling centres in the deeply conservative Kandahar provincial capital, which was blanketed with heavy security in anticipation of militant attacks.

More than half a million people -- the vast majority of them men -- were registered to vote in Kandahar province where more than 100 candidates competed for 11 lower-house seats.

Organisers were under pressure to avoid last weekend's debacle that forced the Independent Election Commission (IEC) to extend the nationwide ballot by a day.

Problems with untested biometric verification devices, missing or incomplete voter rolls and absent election workers following Taliban threats to attack the ballot forced Afghans to wait hours outside polling stations, many of which opened late or not at all.

Similar issues were evident in Kandahar, the birthplace of the Taliban and a province notorious for ballot stuffing, with many polling sites in the city opening more than an hour late -- despite assurances from IEC deputy spokeswoman Kobra Rezaei on Friday that "we are absolutely ready".

An AFP correspondent visited several polling centres in the city where election workers did not know how to use the biometric machines. At some sites the gadgets were not used at all.

Streets in the city were quieter than usual at the beginning of the Afghan working week, after authorities restricted the use of cars and motorbikes during voting hours.

"I have to vote for a better future for my country," shopkeeper Abdul Abbas told AFP outside a polling centre in the provincial capital.

"I have defied all the threats of attacks and explosions to vote."

Voting in the province bordering Pakistan was postponed following the October 18 death of General Abdul Raziq, an anti-Taliban strongman seen as a bulwark against the insurgency in the south, amid fears of violence flaring up.

Raziq was among three people killed in a brazen insider attack on a high-level security meeting in Kandahar city that was attended by General Scott Miller, the top US and NATO commander in Afghanistan.

Miller escaped unhurt, but US Brigadier General Jeffrey Smiley was among 13 people wounded in the shooting claimed by the Taliban.

It was hoped that the appointment of Tadeen Khan -- a brother of Raziq and a member of the Afghan security forces -- as acting provincial police chief would help keep a lid on polling day unrest.

As voting centres closed, there were no reports of violence.

IEC figures show around four million people voted in last weekend's parliamentary election that was held in 32 out of 34 provinces after months of chaotic preparations.

That compares with nearly nine million on the voter roll, but many suspect a significant number of those were based on fake identification documents that fraudsters planned to use to stuff ballot boxes.

Scores of attacks marred the first day of the election on October 20, with an AFP tally showing nearly 300 civilians and security forces were killed or wounded in poll-related violence.

That was significantly higher than the government's casualty figures, supporting speculation that officials had deliberately downplayed the violence so voters would not be scared off.

The discrepancy also added to concerns about the lack of transparency and credibility in the election, which is more than three years late and the third since the fall of the Taliban in 2001.

More than 2,500 candidates, including mullahs, journalists and sons of warlords, are competing for 249 seats in the lower house.

The election is seen as a dry run for next year's presidential vote and an important milestone ahead of a UN meeting in Geneva in November where Afghanistan is under pressure to show progress on "democratic processes".

With vote counting under way, the IEC is scheduled to release preliminary results on November 10.