WORLD Afghans take to streets in election-related protest in Kabul

Afghans take to streets in election-related protest in Kabul 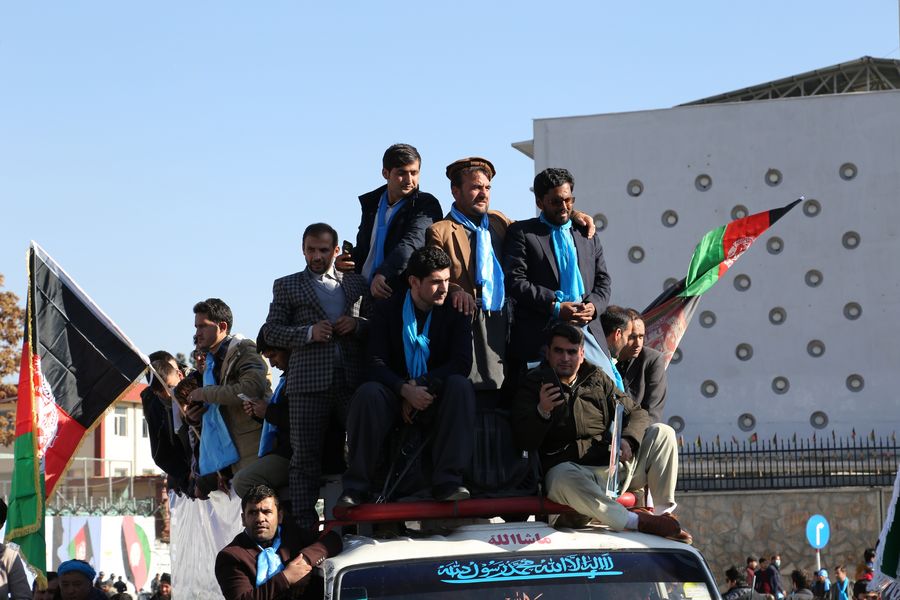 KABUL, Nov. 29 (Xinhua) -- Thousands of Afghans came to streets here on Friday for a demonstration they described as "anti-fraud protests" two months after the September presidential polls, amid tight security.

Demonstrators, mostly supporters of the Stability and Convergence election team, led by government Chief Executive and presidential candidate Abdullah Abdullah, started marching from several locations to a central neighborhood, where the Presidential Palace is located.

The fourth presidential election in Afghanistan since the Taliban regime was ousted in 2001 was held on Sept. 28, but election results still did not announce two months after the polls.

Protesters demanded the Independent Election Commission (IEC) to stop a recount and audit the process. The Stability and Convergence team leaders repeatedly urged the IEC to invalidate some 300,000 controversial votes.

The demonstrators were holding placards that said "We want fairness and transparency in polls," and "Death to fraud."

Fourteen out of the 18 registered candidates contested for the presidency with a five-year term and among the candidates are incumbent Afghan President Ashraf Ghani and Abdullah.

Over 9.4 million eligible voters registered to cast their votes during the poll. However, the official number of voter turnout is still not known.

The recount and audit process ended in more than 25 of the total 34 provinces, but the IEC failed to do auditing in seven provinces due to protests.

The IEC said that no results will be announced until candidates supporters allow provincial election officials to recount and audit votes.

If none of the candidates win over 50 percent of votes in the first round, the two frontrunners will enter a runoff election.

The security forces, including police and army, increased across Kabul as part of "the readiness to possible developments."