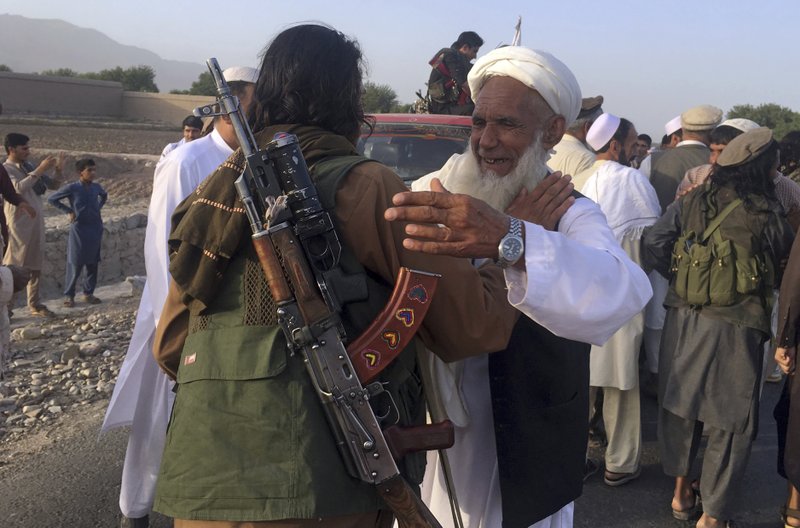 Many Afghans view Saturday’s expected signing of a US-Taliban peace deal with a heavy dose of well-earned skepticism. They’ve spent decades living in a country at war — some their whole lives — and wonder if they can ever reach a state of peace.

The deal expected to be signed in Doha, Qatar is meant to set the stage for a US troop withdrawal and to usher in talks among Afghans on both sides of the conflict about their country’s future. There’s been bitter squabbling among political leaders, concern of a temporary truce being undermined, and the challenge of uniting a fractured country remains daunting.

Arash, an Afghan policeman in the capital of Kabul, was 7 years old when a US-led military coalition ousted the Taliban government in 2001. The US was retaliating for the Taliban harboring Osama Bin Laden while he masterminded the Sept. 11 terror attacks.

“We’ve had no escape from war,” said Arash, who only gave his first name because he had not received permission from his superiors to speak to reporters.

He said he and his colleagues want peace, but that political leaders “are only thirsty for power, not for peace.” He said the Taliban are fellow Afghans and that “we should have peace with them.”

Afghanistan’s economy has been wracked by 18 years of fighting, despite billions of dollars spent on nation building. Some 55% live in poverty, or less than $1 a day, up from 34% in 2012.

On a recent chilly Kabul morning, dozens of laborers waited to be picked up for a day’s work. Dressed in tattered paint-splattered clothes, some carrying their own paintbrushes, they squatted on the sidewalk in the heart of the capital, where new high-rise buildings butt up against small dingy shops.

“Everyone is looking for work. There are thousands and thousands like us all over the city,” said Qatradullah, who like many Afghans goes by just one name. He said he favors the peace deal and hopes it will bring jobs, but that government corruption has been crippling. He said the vast sums pumped into Afghanistan have “gone into the pockets of our leaders.”

Transparency International last year ranked Afghanistan 173rd of 180 countries it monitors, scoring it 16 out of 100.

President Donald Trump has been critical of Washington’s spending in Afghanistan.

“We’re really serving, not as a military force, as we are a police force,” Trump said earlier this week while on a visit to India. “They have to police their own country.”

Under the peace plan, 13,000 US troops will initially draw down to 8,600, Trump said. Much of the plan remains vague, except to say American troops will withdraw and that the Taliban promise not to let extremists use the country as a staging ground for attacking the US or its allies.

Taliban leaders told The Associated Press that if everything goes according to plan, all US soldiers would be out of Afghanistan in 14 months. Washington has not confirmed such a timeline.

The agreement also stipulates the release of 5,000 Taliban from Afghan-run jails, but it’s not clear if the government will agree to that.

The Taliban and representatives from Kabul, including the government, are to sit together within 10 to 15 days of Saturday’s signing. They’ll try to negotiate the framework of a post-war Afghanistan. Issues on the table include a more permanent cease-fire and the rights of women and minorities.

Negotiators will try to figure out how to re-integrate tens of thousands of Taliban insurgents and thousands more militiamen loyal to warlords in Kabul, who have grown powerful and wealthy during 18 years.

Shepherding the sides toward intra-Afghan negotiations has been one of the biggest headaches for US negotiators, according to Afghans familiar with the process.

It’s been complicated by President Ashraf Ghani’s insistence to hold an election last September. He wanted to give himself a mandate heading into negotiations with the Taliban.

But critics say a divisive election has only fragmented the political landscape in Kabul. The country’s election commission declared Ghani the winner earlier this month, despite charges of irregularities from his opponents and from the elections complaints commission

US Secretary of State Mike Pompeo on Tuesday pleaded for Kabul to come up with a “fully representative” team for talks with the Taliban.

Hamid Gailani, an Afghan negotiator in preliminary talks, said that “the biggest challenge that I see is the political turmoil (in Kabul), and that needs to be resolved.”

He called on the fractious leadership to think of the greater good and not to miss a rare window of opportunity. “God forbid, if we lose this opportunity, then it is gone forever,” he said.

In 2001, many Taliban fighters returned to their communities after their government collapsed. But the new administration in Kabul sought revenge, often using the US-led coalition to exact it, demanding money from former Taliban or threatening to hand them to US forces.

That drove thousands of fighters to once again take up arms and head back into the mountains, according to former Taliban members and analysts explaining their group’s resurgence.

The Taliban now control or hold sway over half the country, and are at their most powerful since the US invasion.

Only one militant group ever signed a peace agreement with Ghani’s government. The group’s leader, warlord Gulbuddin Hekmatyar, said many of his fighters faced harassment, intimidation and even prison when they attempted to re-integrate.

“We hope this failed experience is not be repeated with the Taliban,” Hekmatyar he said in an interview this week.

At an Afghan National Army post in the capital, the AP spoke with two soldiers, including one who served for 14 years. They welcomed a peace deal with the Taliban. Neither wanted to give their name as they gestured to their torn uniforms and disintegrating army boots, fearing retribution from their commanding officers if they spoke too freely.

One soldier said he hadn’t received his salary, and the other said he received only half a month’s salary.

“We’ll be happy to have the Taliban serving with us, but if the government isn’t paying us, how can they pay them?” he said.

“Maybe the Taliban should think twice before wanting to join the army.”