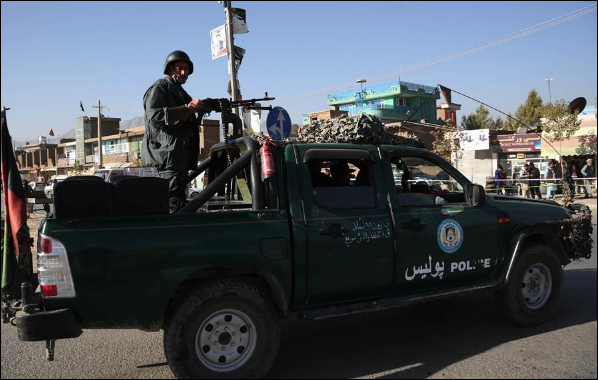 Millions of Afghan voters cast their ballots on Saturday for long-delayed parliamentary elections in the militancy-plagued country amid reports of security threats and irregularities.

The polling, according to the Independent Election Commission (IEC), started at 7:00 a.m. local time and will continue until 4:00 p.m. local time.

The voting, according to the IEC, continued smoothly as of midday amid tight security.

The IEC is likely to extend the voting time as scores of polling centers opened later than the expected time in the morning.

Among irregularities were late opening of polling centers, late arrival of voters' lists, troubles in biometric system as well as restriction of candidates' agents and election observers in entering the polling stations.

The elections cover 32 out of the country's 34 provinces. Voting in Kandahar and Ghazni provinces has been postponed due to security reasons.

More than 2,500 candidates are contesting for the Wolesi Jirga or the 249-seat lower house of the parliament.

During the polls, nearly 9 million registered voters, including 3 million women, will cast their ballots to elect members of the lower house for a five-year term.

Election officials set up 4,900 polling centers including over 20,000 polling stations across the country.

However, a number of security incidents including militants attacks and bomb blasts, according to eyewitnesses, targeted some polling stations in Kabul and other provinces. Officials have yet to make comment on the incidents.

Taliban militants who have vowed to sabotage the voting are yet to report any attack on polling stations in the country, where more 50,000-strong security forces have been deployed to provide security for the polling.