Africa CDC director awarded for his role in COVID-19 fight 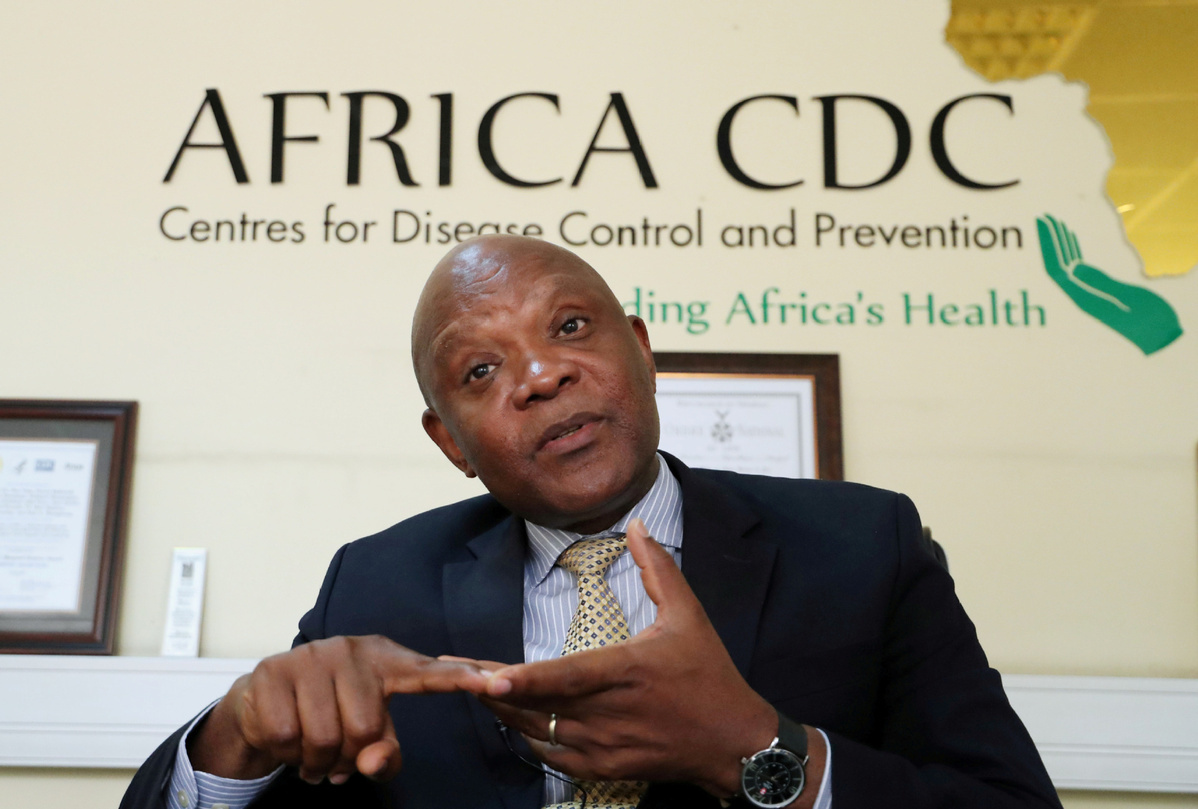 John Nkengasong, Africa's Director of the Centers for Disease Control (CDC), speaks during an interview with Reuters at the African Union (AU) Headquarters in Addis Ababa, Ethiopia March 11, 2020. [Photo/Agencies]

Dr. John Nkengasong, the director of the Africa Centers for Disease Control and Prevention, has been awarded the Bill & Melinda Gates Foundation 2020 Global Goalkeeper Award.

The award celebrates an individual who has demonstrated commitment to global development goals through impactful work during or in response to the coronavirus pandemic in their country or globally.

While many experts predicted Africa to be hit hardest due to its weak health systems, it worked hard to control the spread of the disease, becoming the least affected continent across the globe.

So far, the virus has infected over 1.4 million people and killed more than 34,000 people, accounting for five percent of cases and four percent of deaths reported globally.

Nkengasong received the award from Dr. Solomon Zewdu, the deputy director for health at the Bill & Melinda Gates Foundation, at a small ceremony at the African Union headquarters.

Amira El Fadil, the commissioner of social affairs at the African Union Commission, congratulated Nkengasong for the award and paid tribute to him for his leadership, dedication, passion, patience, engagement with other public health officials, building of partnerships and coordination of member states in the continental coronavirus response.

"After working with you for the past four years, I can attest you deserve this award and that you are really a goalkeeper," she said.

A message from Bill and Melinda Gates, read, in part, "You are an important and central voice for Africa’s medical community, but more broadly, your collaborative work across continents and your advocacy for equitable healthcare for all, demonstrates exactly what it means to be a Goalkeeper."

In his acceptance speech, Nkengasong paid tribute to the leadership of the African Union, particularly Moussa Faki Mahamat, the chairperson of the AU Commission, South African President and AU Chairman Cyril Ramaphosa and El Fadil, for their "unwavering support for the Africa CDC and their leadership in the coronavirus response."

Commenting on the current trend of reduced rate of coronavirus infections in many of the regions, Nkengasong cautioned the fight against the disease is far from over, and called for continued strong partnerships, solidarity and unity of purpose among member states.

"We are fighting a war, a war that we have to win as a continent. This is the moment for Africa to come together, coordinate and cooperate in order to survive," he said.